loading...
Entertainment
Australians to be killed and turned into ‘Hamilton’ tickets, admits Treasurer
1st of your 1,000,000 free articles this month 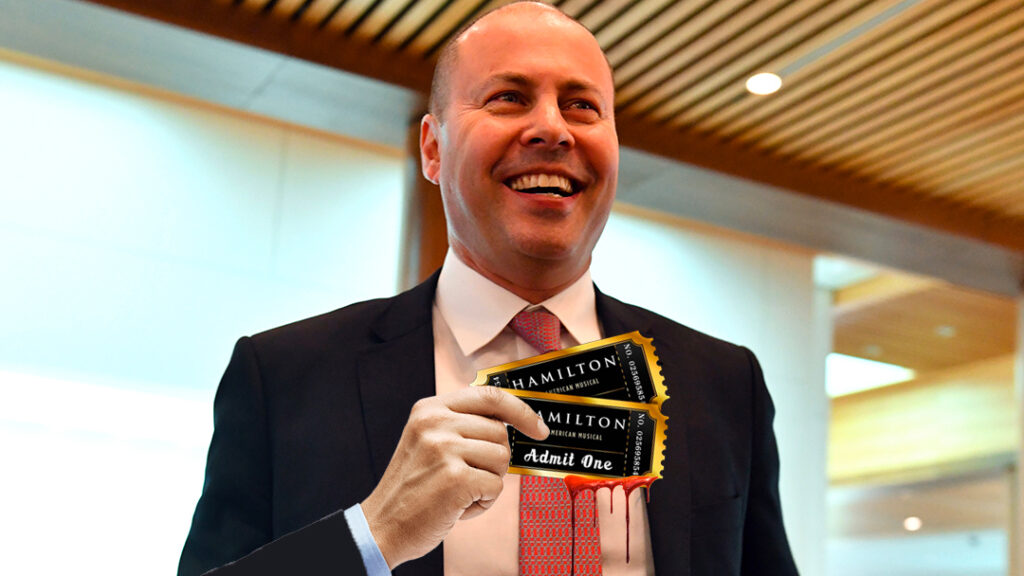 Treasurer Josh Frydenberg admitted that from October 1 Australians will have to be killed and turned into tickets to the world-renowned musical theatre production Hamilton, which premieres in Sydney next March.

Artists and academics will be the first among those culled. “Look, we need to fix our shit economy,” said the former investment banker this morning, “and what better way to do that than through the death of Australia’s artistic and intellectual base?”

Left-wing critics are lukewarm on the plan, saying it could possibly breach the human rights of those being murdered.

But the Treasurer accused the left of being “pathetic” with “no vision” and “lost on petty dog-whistling” while calmly sipping a glass of single-malt whisky, before stating that Jesus was his favourite member of the Wu-Tang Clan.

Meanwhile, Opposition Leader Anthony Albanese said he would have to look at the details of the plan before he decided whether he was for or against it.

Insiders say government modelling shows that tickets to Hamilton are now worth far more than the average Australian, and so the decision had been an easy one.

Donors to the Liberal Party will be exempt from the new measure.