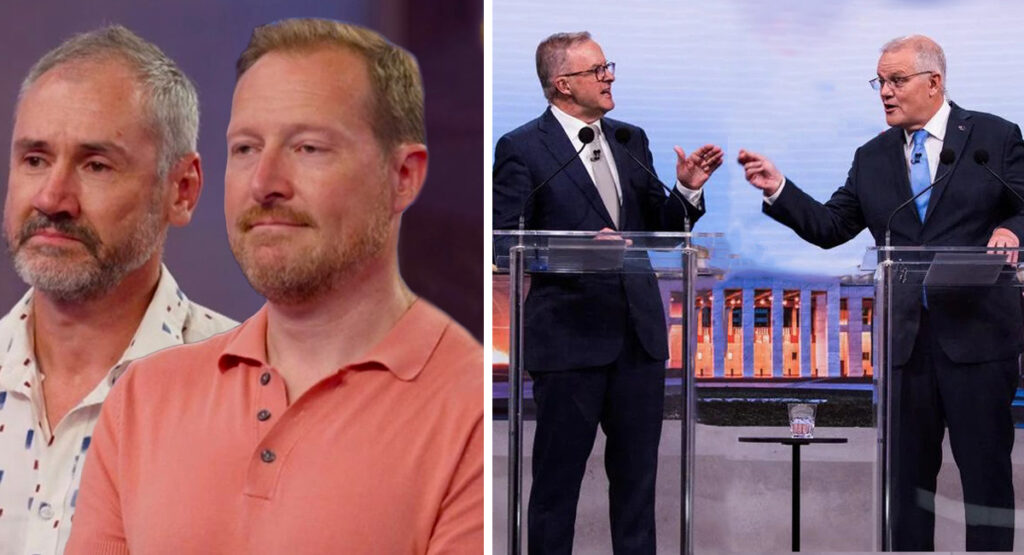 Following last night’s Channel 9 debate, viewers have shown overwhelming support for ‘those two blokes at the end of Lego Masters’ to be joint Prime Ministers, far outshining the contestants from the leaders debate Scott Morrison, Anthony Albanese and Chris Uhlmann.

The Lego Masters contestants have been described by viewers as ‘honest’, ‘integrity driven’ and ‘respectful’, and showing much more aptitude for leadership than anyone involved in the televised trainwreck that came after it.

“They were the stars of the night,” said Kate, a 22 year old viewer from Melbourne, “that brief moment when I was waiting for the debate to begin was the only part of the night that brought any sort of hope for the country.”

“It was nice to see real people for once,” said David from Wagga Wagga, “those were two blokes who did their best and gave things an honest go. They worked hard, took criticism and acknowledged their own faults. That’s the kind of leader this country needs!”

“I don’t know if they can remember the unemployment rate or if they can hold a hose,” said James from Darwin, “but they can build shit out of Lego and honestly after the display last night, I am not convinced that the party leaders are mature enough to be allowed near Lego.”