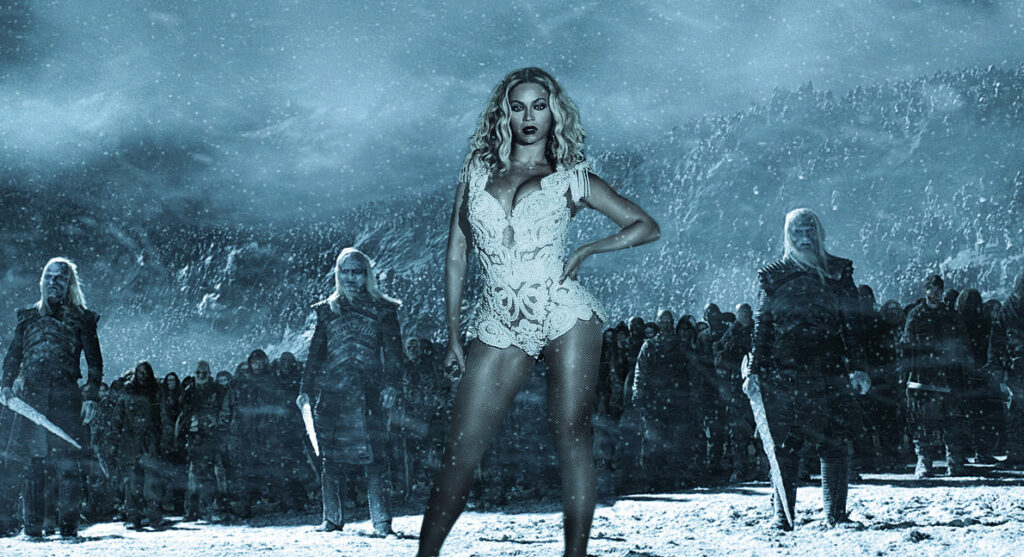 Game of Thrones creators have apologised to fans today, following an ill-judged cameo by British pop singer Ed Sheeran which saw fans take to the internet in droves to complain about the “jarring” and “illusion breaking” appearance. Stating that they had taken the message on board, the creators of the popular fantasy HBO series say they have now made the executive decision to remove all further celebrity cameos from the show, including the next episode’s twelve minute song and dance spectacular by Beyonce, which had already been shot and edited earlier this year.

The reduction of celebrity cameos will have a significant impact on the remainder of the series, with the show’s creators announcing that the 2017 season will now end three weeks earlier than planned due to the removal of the Ed Sheeran story ark, which was to see the chart topping folk-pop heart-throb brutally rape and murder Arya stark, before raising an army and riding to Westeros to challenge Cersei Lanister in an impromptu talent quest.

However, despite the pushback from fans, Game of Thrones creator and author George R.R. Martin says he was not offended by the cameo, and that it had always been his intention that Ed Sheeran appear in the series.

“Although I never specifically mentioned it in the book, I always imagined in my mind that Ed Sheeran was there in most if not all of the scenes, silently watching on,” said Martin. “I can confirm he was there when Bran fell from the tower, he has a brief love affair with Cersei Lannister throughout the first book which I had to cut for space, and most importantly, Ed Sheeran was the man who beheaded Ned Stark in season one. And without giving any spoilers away, lets just say there might be a certain ginger pop singer sitting on the Iron Throne at the end of the last book, but I’m not telling you any more than that at this stage.”