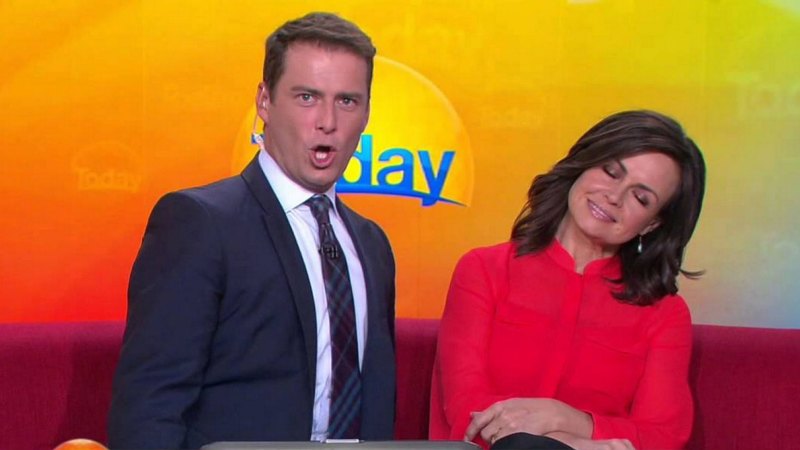 Hypocrite Lisa Wilkinson has been exposed by News.com.au who got the shock exclusive that when she joined the Today Show, with a decade of hosting experience and respect in the industry, she was paid more than rookie host Karl Stefanovic for a few years until his contract was renewed.

The bombshell revelation comes after years of discussion surrounding Wilkinson’s departure from the show due to a pay-gap between herself and Karl, a twist so important that News Corp gave the story to the website’s political editor as there is nothing else that could be a better use of a political editor’s time right now.

“How dare Wilkinson act like gender had anything to do with it?” said one Channel 9 executive giving an unbiased account of what happened. “She earned a lot more than him for a few years, a gap that was so big it took like one contract renegotiation for him to catch up! He could only afford one suit!”

“Going from a rookie field correspondent directly to a major hosting job was a tough journey for Karl, I mean he grinded for a few years. That is a lot of work for a man in this industry, Lisa shouldn’t have been so selfish as to work as a journalist, then field correspondent, then host of other shows, for a decade to get to the same point in her career and not get paid an entry level wage! Classic man-hating woman mentality!”

“It was based on talent and that’s it, she clearly didn’t have it to the same level. When you look past her popularity and being the way more respected journalist, she didn’t have what we needed. She didn’t feel like one of the boys. I mean when was the last time she said something racist, homophobic, sexist or extremely classist? I mean women, am I right?”

Rumours suggest that is not the only thing that the anti-cancel culture crowd are going to destroy Wilkinsons’ career with, as new allegations set to be released including a time the self-proclaimed feminist rolled her eyes at the real ‘feminist icon’ Karl following one of his heroic speeches.