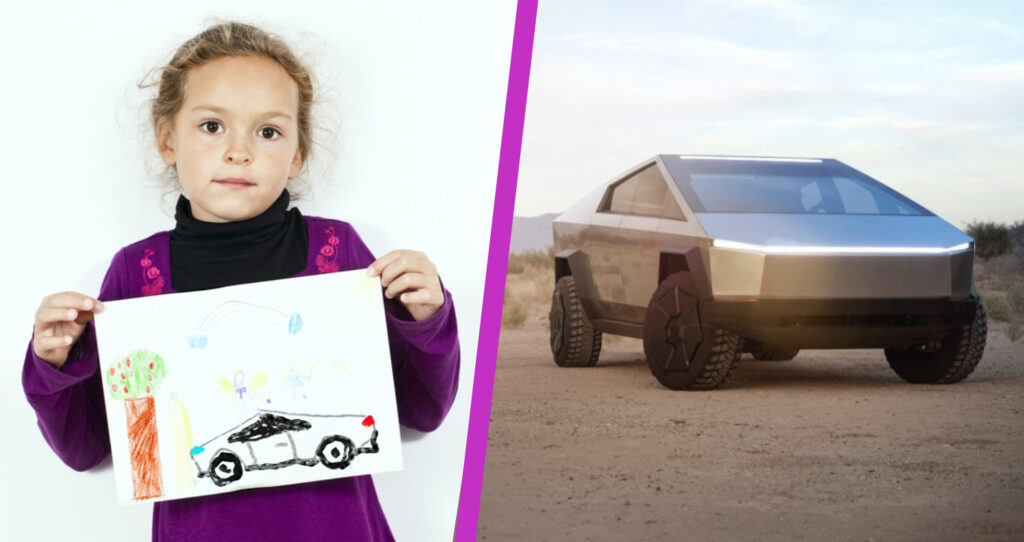 Eight year old Emma Walker from Denver, Colorado may soon become the youngest millionaire in America, should her parents lawsuit against tech billionaire Elon Musk for plagiarism prove successful. The family of three, who have previously had no contact with Musk, are suing both Musk and the Tesla corporation for over $10 million in unpaid licensing fees, after the company launched their latest car that the family claim was clearly copied from designs created by Emma during an arts and crafts playtime at her local school.

“At first when Emma told me, I didn’t believe it,” says Emma’s father Greg, “she was pointing at the newspaper and saying to me ‘that’s my car’ and I just laughed. I mean, sure it certainly did look like something a child had designed. But then when I was walking past the fridge I noticed her drawing hanging up there, and I just could shake the feeling that I was looking at a clear case of imitation.”

Taking the drawing to an IP laywer, the Walkers were told they had a very strong case, given that the car was clearly copied verbatim from Emma’s crayon scrawlings. “If it had been some kind of normal looking car I would have chalked it up to coincidence,” says the family’s legal council Robert Waxwell Esq, “but clearly nobody who has any experience designing cars for a living would come up with something this terrible in a thousand years. The only logical explanation is they copied it from a child and passed it off as their own work.”