loading...
General News
Albo defects to Liberals as they’re doing a better job implementing his policies
1st of your 1,000,000 free articles this month 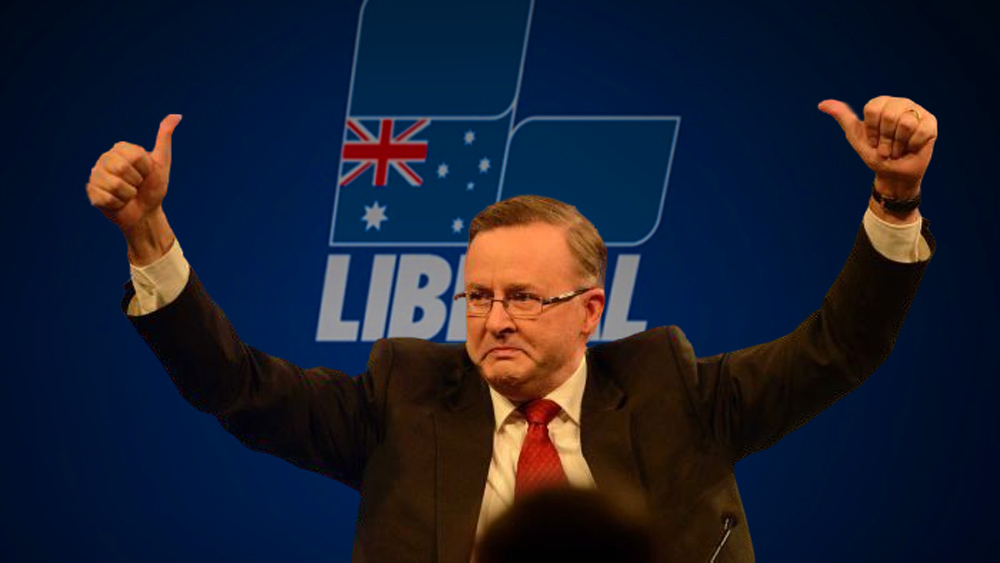 Communist pinko and part time Labor Leader Anthony “Albo” Albanese has today announced his resignation from the Federal Labor Party, stating that the Liberal Party was doing a much better job of implementing Labor’s policies.

The move comes just days after Prime Minister Scott Morrison announced what has been described as the largest raft of socialist policies in living memory, after he copied and pasted the Labor party’s entire manifesto, before sprinkling in a few Greens policies to ensure he couldn’t be busted for plagarism.

“I’m glad to finally be part of Australia’s leading progressive, socialist party,” explained Albanese this afternoon. “From increasing Newstart, to legalising gay marriage, to nationalising the private hospitals, to opening a royal commission into the banks, to providing a living wage for all people out of work – the Liberal party has shown off their left-wing stripes again and again.”

However, the move has not been without criticism, with some in the Liberal Party’s right faction suggesting it would have been much better if the party had just let everyone die for the sake of the stock market. “Don’t get me wrong, we’re still the better economic managers,” explained ScoMo at his daily press conference this evening, before punching Andrew Probyn in the face for asking one too many questions. “It just so happens that in order to be the better economic managers we have to go against every single one of our core beliefs, in order to address the lack of the budget surplus that we promised we’d have by now, and the market collapse we claimed would never happen on our watch.”

The party have also gone to great lengths to point out that every single policy still aligns with the party’s core values, even if on the face of it they appear socialist in nature. “Yes I assure you despite outward appearances every single policy is still very much about pork barrelling and corruption,” explained Morrison. “So it’s all business as usual. The JobKeeper cheques are just a larger version of our normal attempts to cut the amount businesses have to pay their employees. The stimulus payments – why they’re just sportrorts on a national scale! And the free childcare was just a self interested attempt to stop Barnaby Joyce from going bankrupt from the 30 lovechildren he has to put through the system. Lets not even mention the fact that we’re paying millions of dollars into Peter Dutton’s pockets by keeping these childcares open.”