WRITTEN BY
Ben Breden and Lachlan Hodson
For The Chaser 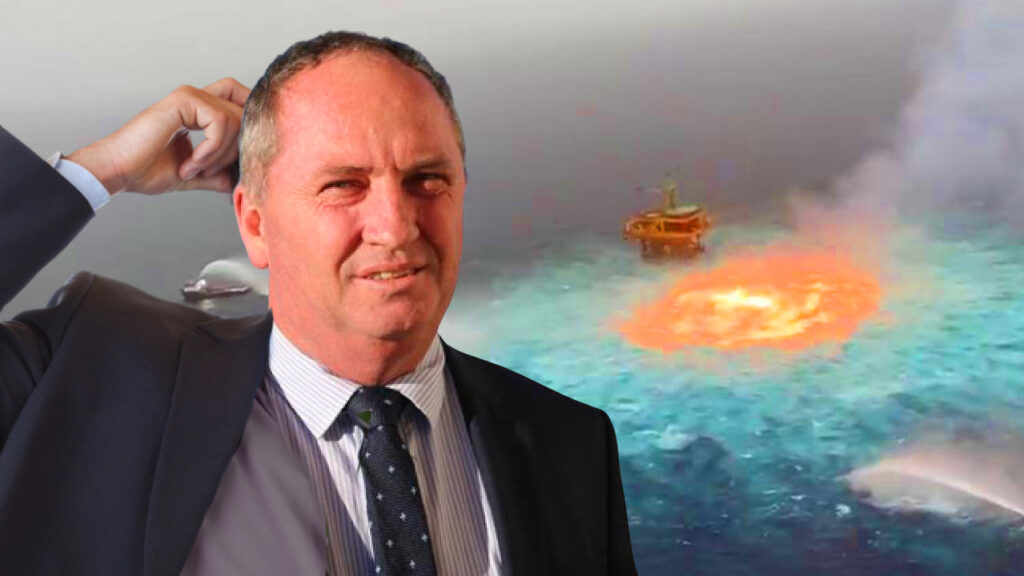 By Ben Breden and Lachlan Hodson

Climatologist and social activist Barnaby Joyce has blasted the occurrence of an ocean-fire on the Gulf of Mexico today, criticising those whose actions resulted in the travesty. Deputy PM Joyce has stated that the situation was completely preventable, and this whole disaster could have been avoided if only the government had allowed more back burning on the ocean.

“The science is incredibly simple,” reasoned Joyce, starting a wild bushfire in his office to illustrate. “If they hadn’t left all this highly flammable water lying around we woudn’t had this problem in the first place! Back burning is the most effective means for preventing common natural disasters like this, so if anything we should be burning more ocean, not less.”

When informed that the cause of the fire was in fact the rupturing of an gas pump underneath the water Joyce responded with a joyous, “Fuck yeah, I knew it wasn’t climate change!” and celebrated by promptly sending an invite to a prayer room party that due to a technical glitch only delivered to female staffers.

The ocean fire has continued to burn for several days now with no end in sight, with world leaders offering what help they can to cease the inferno. Australia however will not be sending over aiding firefighters, because of the patriotic right to refuse to hold a hose.