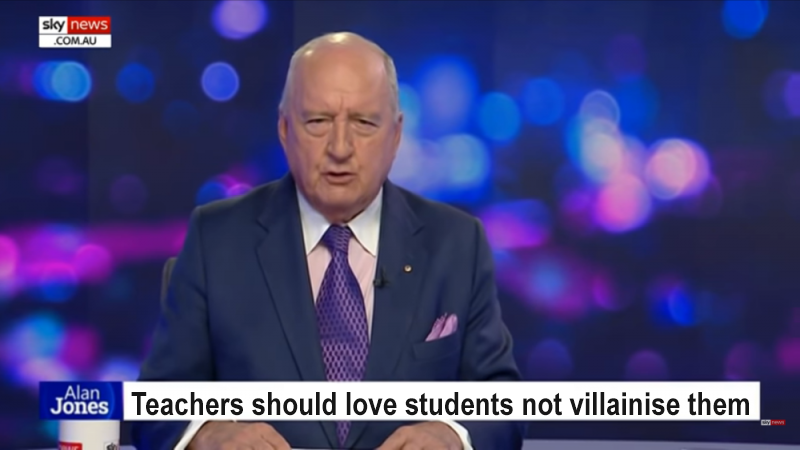 The white-supremacist organisation known as ‘Sky News hosts’ have taken a victory lap today after the Australian Government banned ‘critical race theory’ and other fact-based discussions about the historical impacts of racism from schools. This comes after the network was concerned that teaching kids that racism is bad could really hurt their ability to hire new talent in the future.

The change to the National Curriculum comes after months of campaigning from Sky News hosts spreading misinformation created by American white-supremacists specifically in the hopes to whitewash history and villainise discussions about racism.  The campaign was spearheaded by Alan Jones who considered the practise to be inappropriate for a school environment, something he knows a lot about due to his previous career as a teacher who wrote love letters to his students.

“Teachers should not be giving students facts about Australia’s so-called ‘racist’ history,” said Jones, “what they should be giving them is love letters. This critical race theory is a direct attack on white children everywhere, don’t let the experts and teachers tell you otherwise. They don’t know anything about what they are teaching them.”

“It is clearly a racist attack on white people because it says some white people were bad. It’s disgusting that these teachers are villainising white boys when they should be loving them.”

When asked about the campaign against Critical Race Theory, an editor for the network told us, “We never thought that it would lead to real change in the Senate, our hopes were simply to just get views for our YouTube videos and Facebook links from American conspiracy theorists. We had completely forgotten that we have a tiny dedicated Aussie audience too. But luckily for us that audience still includes the Coalition and One Nation, who go by what Alan Jones thinks teachers should be doing, over the so-called experts.”