loading...
General News
‘Dictator Dan would have shot the ladies’ says Sky News
1st of your 1,000,000 free articles this month 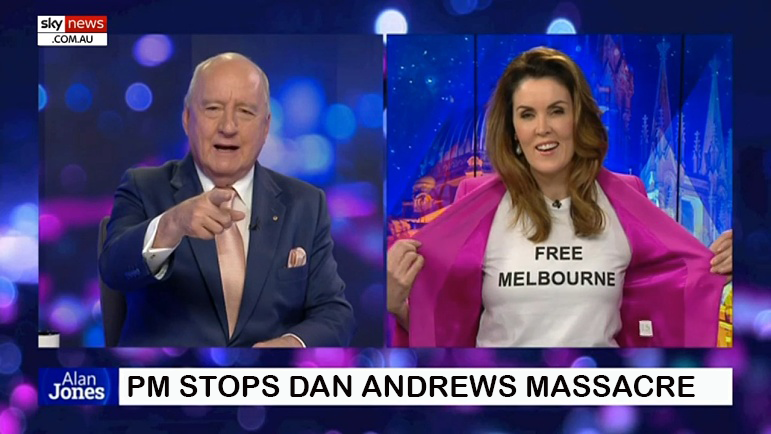 Sky News hosts have come out in droves today to defend the Prime Minister after his comments about how other leaders would shoot protesters, many making the assumption that the leader in question was none other that Horrific Dictator and ruthless stan collector, Dan Andrews.

“The women of Australia are lucky that Devastation Dan wasn’t there to commit a massacre,” said Andrew Bolt after trying to figure out whether the deceased victim of the alleged rape was ‘black enough’ for him to continue vilifying, “that monster would have just left them all dead. I am not talking about sending the police, Dan Andrews personally would have murdered them all himself. Why didn’t he you might think? Well that’s because the Prime Minister heroically stopped him.”

“Like I said before it is about time Peta Credlin ate Deadly Dan Andrews alive,” said Alan Jones who later fell ill thinking about Credlin eating Dan Andrews as it would be ‘gross’ for him to respect a woman, “if he was in charge of this country he would have murdered all those women for protesting. Just imagine what would that be like? I ask why would Dan Andrews make a choice that I would agree with, what would he be playing at? Something nefarious like give kittens covid I assume!”

“It’s time someone took Delicious Dan down,” said Peta Credlin after putting on a bib given to her by Jones, “I am the woman. It was be so appetising for a woman to stop him from murdering women. I am salivating at the idea already. Where is he? I am hungry.”

Update: Dan Andrews has been reported missing, his last known location was ‘being screamed at by a racist lady who claims it is all a part of journalism’. If you have seen him please call crimestoppers immediately.