loading...
General News
God comes out of retirement to distance self from Catholic Church
1st of your 1,000,000 free articles this month 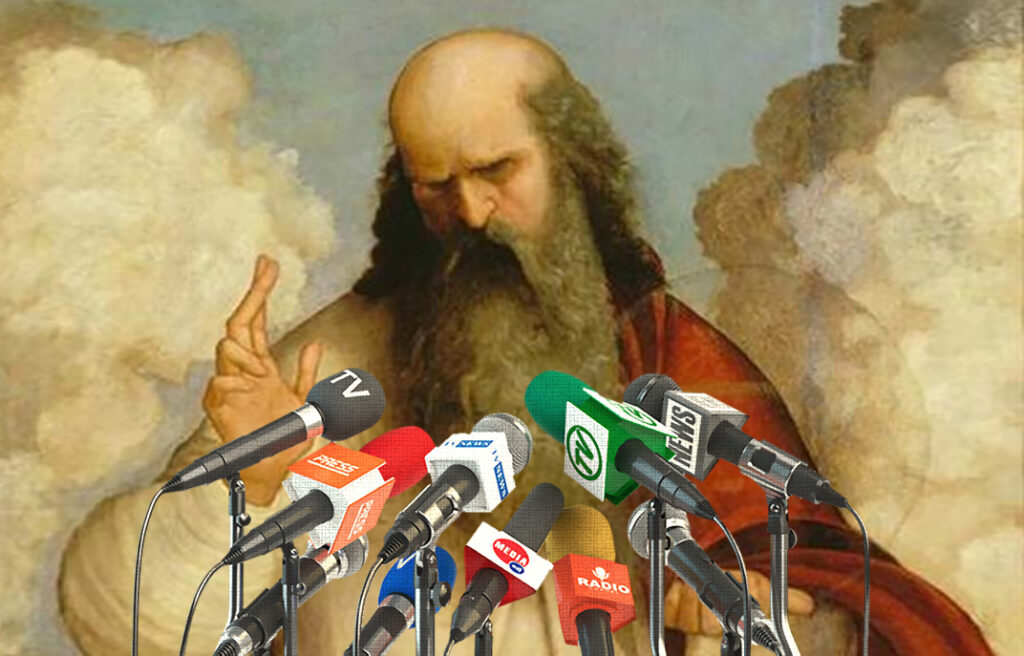 Supreme creator of the universe and part time gardener Garry “God” Smith has come out of retirement today to condemn his former employers the Catholic Church, stating that as a lapsed Catholic he can no longer support the direction of the leadership team.

“Yes, admittedly I was once a central part of the Catholic Church, but the truth is I handed over the reigns of that business a few millenia ago,” explained God via a stone tablet press statement this afternoon. “While it might still have my name on the front of the shop, I’m afraid I no longer recognise this Church I once founded.”

“Back in my day Catholicism stood for two things,” continued God, “firstly the ten commandments, but more importantly fleecing Europe’s peasants of ten percent of their income. We didn’t have any of that hooey you see today about ‘the sanctity of marriage’ or protecting pedophiles. Hell, Moses has three wives, and you didn’t hear me raising a stink. Makes me wish we could go back to the good old days when the Church was little more than a upstart schism, designed to avoid the tax the Roman Emperor imposed on adherents of the Jewish faith. Oh, that brings me back.”

Asked what he thought of the new direction the Church had taken in lawyering up against children molested by priests in order to protect the Church’s reputation, God described the actions as “the depressing actions of a bunch of fucking undersexed power hungry pricks.”

“I mean honestly,” continued God, “who’s going to believe you’re the arbiter of all that is good in the world if you can’t even see that being on the side that’s defending pedophiles is bad. Really it makes me want to smite the lot of them and let Satan sort them out, but I think that would probably be more a punishment for Satan.”