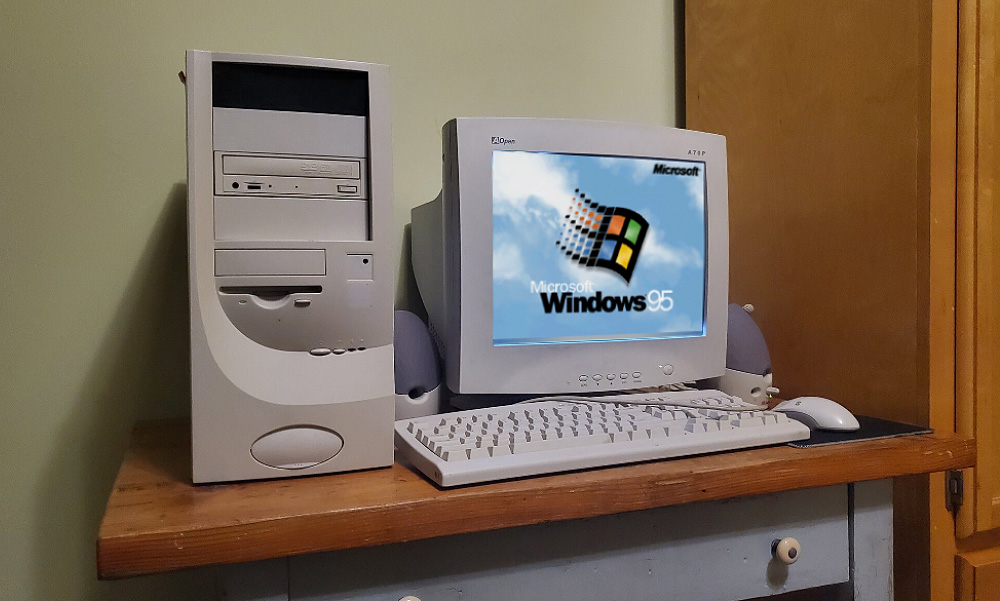 Senior government bureaucrats have today held an emergency meeting to discuss upgrading their MyGov computer to Windows 98, following a series of untimely crashes in recent days. The move comes just one week after the government was forced to take drastic action but pushing the “turbo” button on the machine after the NBN, which is also run through the computer, began to experience serious overloading after one man accidentally tried to watch a video on YouTube in HD.

“This is even worse than that time we tried to host the entire census on this computer!” cried one exasperated MP. “I’m starting to think we should maybe even buy a second floppy drive to increase its capacity.”

Asked whether it might have been a mistake to gut funding to Centrelink two years before sending a third of the Australian workforce to their doors in a single day, government minister Stuart Robert explained that they never could have predicted that a country with an economy based entirely around unaffordable housing might have one day experienced a market crash. “The idea that Centrelink might need to actually operate could never have been predicted,” explained Robert. “The fact that the entire system was already completely broken before all these millions of people showed up could never have alerted us to the fact that it wasn’t prepared for this influx.”

However, the government has hit back at any suggestions that the Dell Series 2 beige box running the entire government’s online presence wasn’t up to the job, with former Prime Minister Tony Abbott pointing out that it was one of the most advanced computers he’d encountered, with 256 colours and very cutting edge ‘windowing’ capabilities. “Look, you can even play solitaire on it!” exclaimed Abbot. “And I can assure you that nobody will ever need more than the 25mb of hard disk space this baby boasts. God, back in my day you’d be lucky if a computer with these specs didn’t fill an entire room!”

UPDATE: The computer has now been replaced with a state-of-the-art punch card computer, on loan from the Powerhouse Museum.