General News
Government with no money for tests luckily has spare $3.5 billion for tanks
January 11, 2022 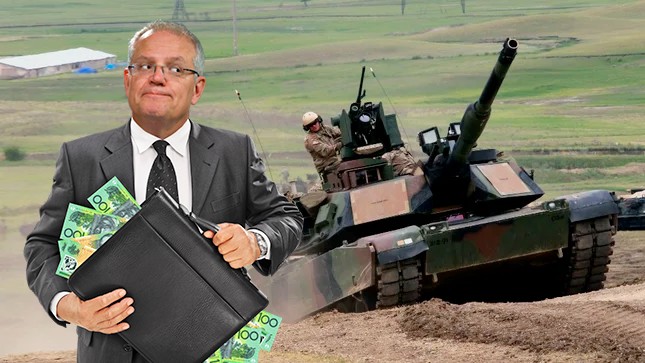 Prime Minister Scott Morrison has today successfully protected the people of Australia against land invasion, by purchasing $3.5 billion worth of tanks. “No longer will we have to worry about being killed by some mysterious future threat,” said the Prime Minister currently ignoring the virus filling up hospitals. “If anyone tries to invade one of our 4000 kms of coast via a very flat piece of terrain, we’re now prepared to protect at least 1km of it.”

Asked whether it might have been more practical to spend that money on acquiring tests for the virus that is currently trying to kill everyone, or to solve the lack of food on shelves, or to prevent the oncoming climate disaster, or even to just pay off people not to invade us Morrison laughed. “Gosh we really are taking wickets from you journalists today,” said Morrison. “Anyway next question.”