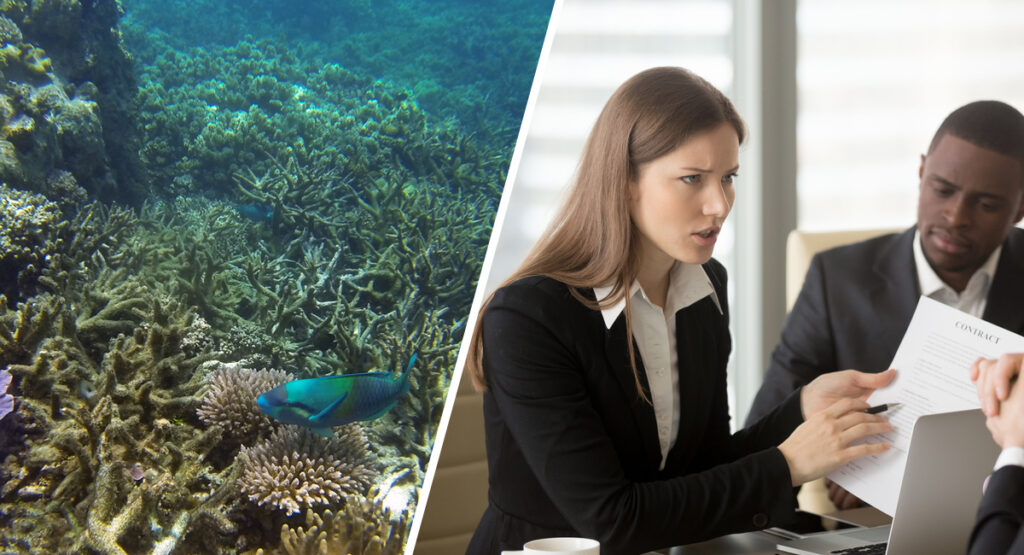 The statement acknowledges that implying intent on something someone powerful has done is defamatory in this country and that although Climate Change is almost certainly going to kill the Great Barrier Reef really soon, it is still wrong to villainise it for it’s actions.

“I want to address comments I have previously made,” the statement reads, “previously I made statements which implied that Climate Change had bleached my coral, increased the temperature of the water and killed many of the wildlife that inhabits me. I apologise for making that inference and any hurt it may have caused the powerful force which has the backing of the government.”

“It has come to my attention that those statements, despite evidence backing them and contradictory defences from Climate Change, dispute what the powerful force has said and therefore I retract them. I should have held myself to a higher standard than taking the facts as presented and making a logical deduction and trying to find the truth. I am sincerely sorry.”

In response to this announcement, there has been some backlash from people who naively believe that the Great Barrier Reef would be able to change the entire Australian legal system by spending an insane amount of time and money in order to defend itself to ‘set a precedent’.

Asked to comment for this article, Climate Change said ‘Any implication I am abusing terribly-designed laws is defamatory, so I think it’s time you shush.’