General News
“If only medical science could have prevented this!” says hospitalised unvaccinated man
February 25, 2022 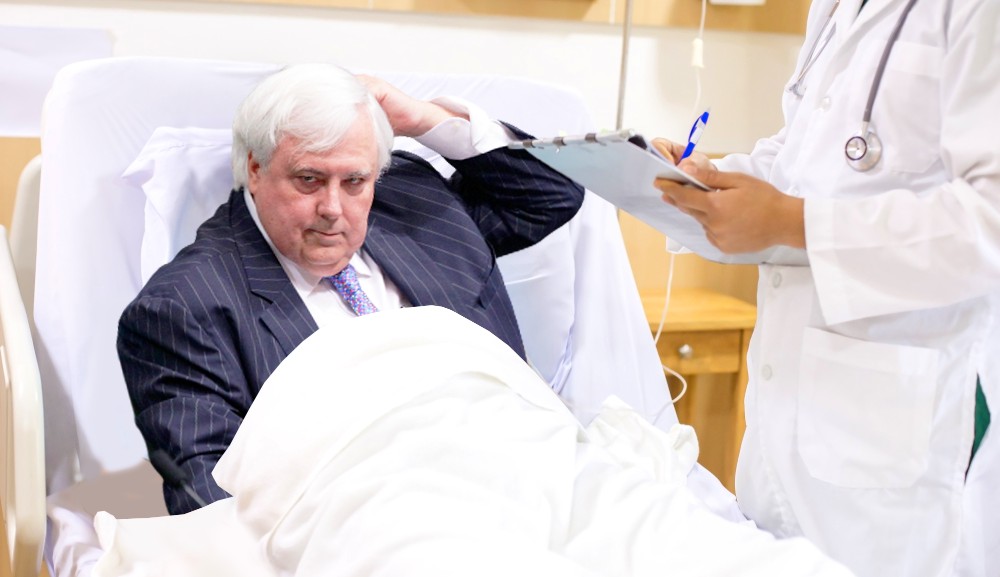 Unvaccinated independent researcher Clive Palmer has today declared from his hospital bed that there was absolutely nothing he could have done that would have stopped him from falling severly ill with Covid 19. “If only medical science had invented some kind of fast and easy method for preventing severe illness from a disease,” sighed Clive. “But alas, such a magical cure does not exist.”

“Medical science really dropped the ball on this one!” continued Palmer while his nurse changed his Ivermectin-infused IV drip. “And it’s not like I could have done anything more to take care of my health. According to my own research I was doing everything right.”

In response to Clive’s ill-health, the United Australia Party have begun to use their unlimited ad-funding to research into an obscure fringe-branch of medical science. They one day hope to find out if there is a way of taking a disease’s antibodies and taking away what makes them dangerous so that the human immune system can is able to learn how to fight against the real disease.