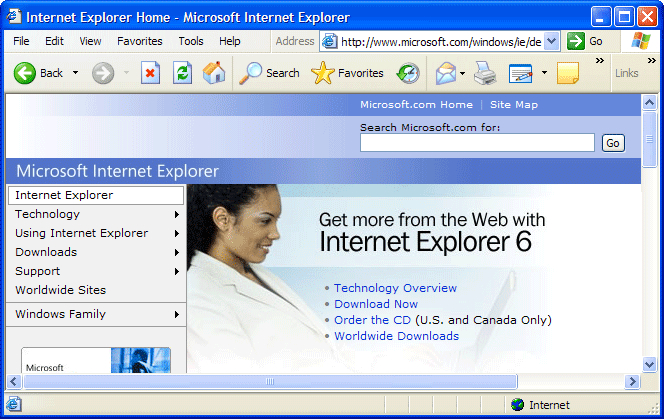 Experts have confirmed that downloading better and cooler browsers now accounts for 100% of Internet Explorer use. The findings confirm what the public has long expected.

However, the study has also shown just how despised the former favourite now is. Internet user Dennis Kransky recalled hanging upside down from his wrecked ute, the smell of petrol filling his nostrils, and opening Internet Explorer to download Chrome before googling ‘how to cut through seatbelt’. Other participants had similar stories.

Researchers expanded on personal accounts with data, revealing that the desktop relic activated the same part of the brain as when participants saw a venomous snake, and that the last person to use Internet Explorer to actually explore the internet died in 2018.

Visibly upset Microsoft co-founder Bill Gates said “Everyone used to love Internet Explorer, but now it has faded into the background thanks to newer, cooler tech entrepreneurs- sorry, I mean browsers. All you ever hear is how it’s a remnant of a bygone age, it wears shit clothes and it’s putting covid in vaccines. Excuse me.”

Experts said that while it was true that Internet Explorer only served one function, “at least it’s more useful than Bing”.