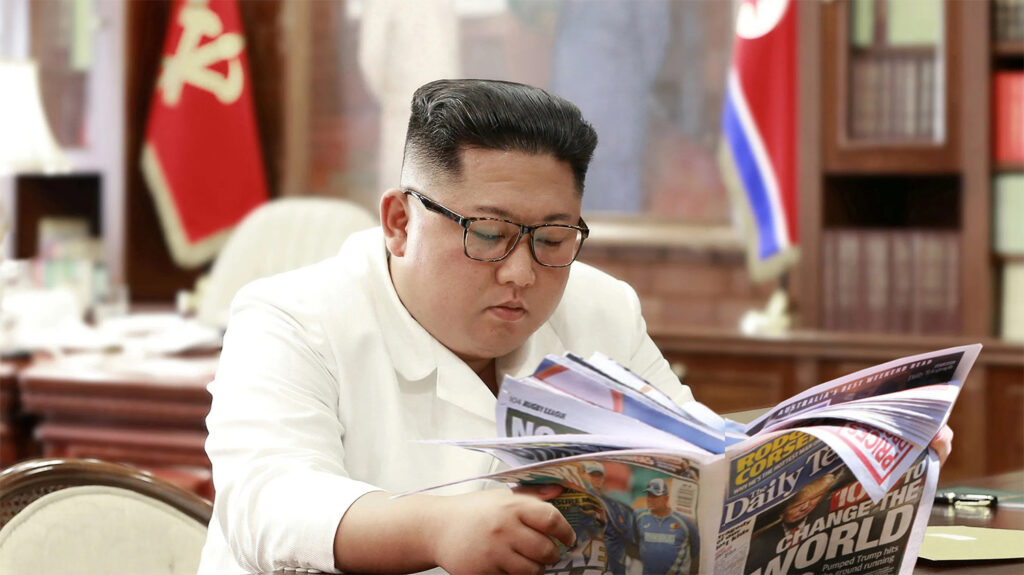 Former North Korean leader Kim Jong Un has today been officially declared braindead after it was revealed that he had recently taken out a subscription to the Daily Telegraph.

“Oh no, we’re being overtaken by Sharia Law! Ugh wind turbines are turning our children into Lebanese gangs.” Kim was heard mumbling in sure signs that there was zero brain activity left. “Oh I better buy two copies this week so I can get all the collectors item pins to support the NRL. Oh look another Andrew Bolt column, how informative.”

Doctors were first alerted to the possible mental decline after President Kim was seen bingewatching Married at First Sight. “At first we thought it might just be some harmless fun,” explained sources close to the President. “However, when he then expressed his wish to purchase Pete Evan’s new COVID curing light machine, we knew we were in deep trouble.”

Attempts by doctors to stem the damage by cancelling President Kims Daily Telegraph subscription proved fruitless, as he immediately switched to just reading the Daily Mail online instead, forcing doctors to go looking in the basement for President Kim’s IQ levels.