loading...
General News
Labor pledges to double their heart-felt statements about the refugees they’ll lock up
1st of your 1,000,000 free articles this month 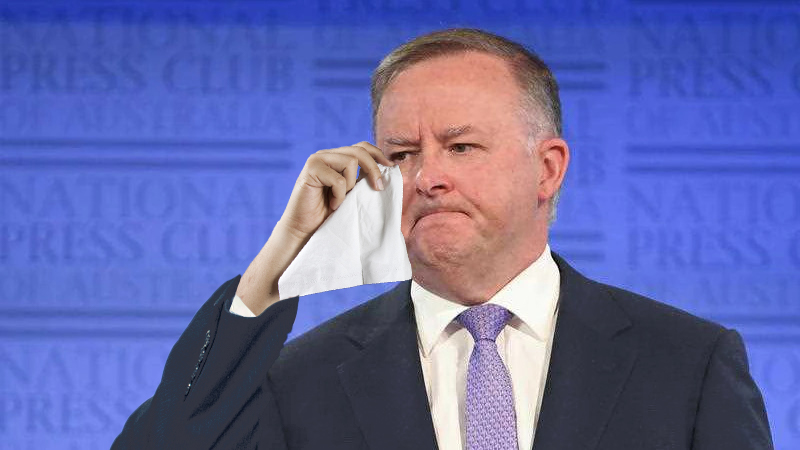 The Australian Labor Party have announced sweeping changes to their stance on refugee policy, reassuring Australian citizens they will be committing a lot more energy into giving daily heart-felt cries for basic human decency to the media while not changing their almost identical policy that would still see refugee children locked up.

This comes after international condemnation and pressure against the Australian government to release the refugee family that have been locked up for years after their 3 year old daughter developed a potentially deadly disease directly caused by her inhumane treatment, which has caused the ALP to heroically front the media demanding the government change its refugee policy while hoping that whenever someone asks them about their policy, they will get harassed on Twitter because ‘they aren’t in government currently so therefore it doesn’t matter’ during this election year.

“The Liberal Party are all talk but secretly don’t seem to actually care about real people,” said Albo during his weekly photo op in a designer polo-shirt he hopes will make him look like one of us, “Scott Morrison is completely different to the rest of us Aussies. How can anybody be so cruel? Not including us of course, when we do it, we do it compassionately.”

“There will be big changes if we are in charge. I’ll be taking daily pressers where I give a desperate and emotional plea to anyone who will listen to stop locking up refugee children. It’ll look really compassionate.”

“The PM sits there and does nothing while this poor girl still faces being locked up. That is not acceptable. He need to look as though he’s more distraught about locking her up. That’s what I pledge to do.”

“I hope all Aussies remember this during the upcoming election, and also please forget anything you have heard about our refugee policy.”