loading...
General News
Local student horrified to learn these are the best years of their life
1st of your 1,000,000 free articles this month 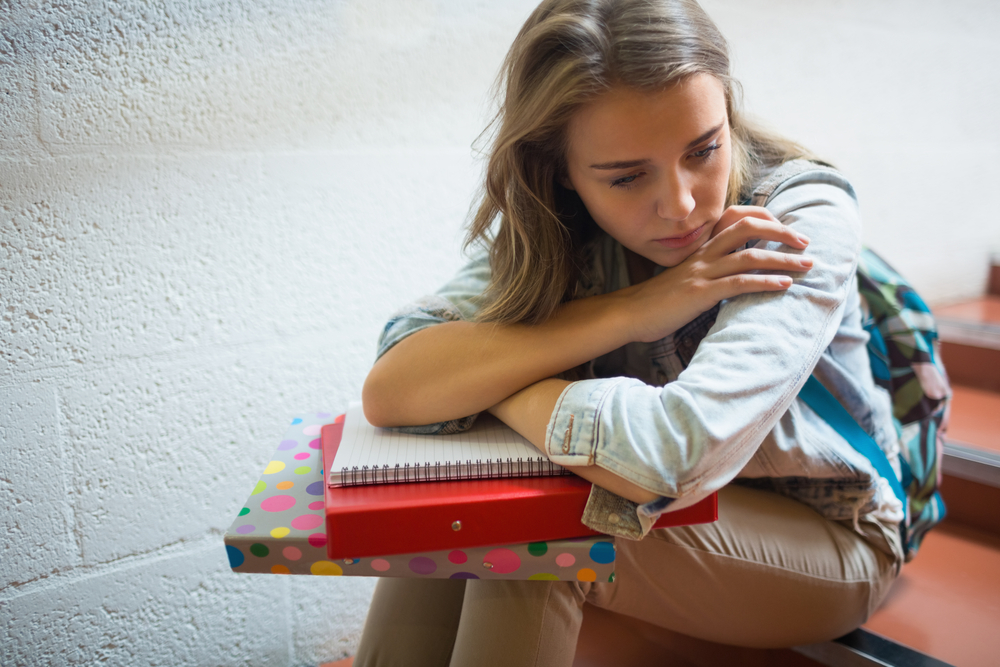 Computer nerd and seasonal allergy sufferer Jenny Wilson has today reacted with horror upon learning that her high school years will be the best years of her life. “Jesus christ, you mean it gets worse than this?” asked Jenny as she ate lunch alone for the third week in a row to avoid relentless taunting about her pigtails. “I can’t even imagine how I could be suffering worse than I am now.”

Piled with relentless pointless assignments, crippling pressure to do well, hormones that are ravaging her body, acne, peer-pressure, and a limited social circle which she has no control over, Jenny says she had initially imagined that she would actually enjoy the freedoms that come with adulthood, such as the ability to wear what she wants, do what she wants, socialise with people she chooses, and to find a career that suits her introverted personality, but apparently that was all a lie. “According to my teachers I should be enjoying this,” explained Jenny. “Because apparently having to file taxes once is a year pales in comparison to six years being imprisoned in a building with people who don’t like you because of your body weight.”

“Also now having lived through two financial collapses, three wars, a pandemic and one of the worst presidencies in living memory, I thought maybe things would improve slightly in the future,” sighed Jenny. “But I guess we all said in 2016 things couldn’t get worse, and now look where we’re at. I guess I should really start to appreciate getting drinks poured on me in the playground while I’m reading my book alone.”

However, communicating from the future, Jenny’s 50 year old self agreed that her high school years were definitely some of the best. “Yep it’s all downhill from here kid,” explained future Jenny from the house she owns with her investment banker husband as three small children ran around her feet. “What I’d give to be stuck having to do calculus again instead of spending my youth outdoors and having fun. Now I’m forced to spend my days choosing what I eat, where I go, and being treated with respect by my fellow human beings. It’s awful. Take it from me kid, independence is overrated. Now if you’ll excuse me I feel like eating a whole tube of cookie dough and nobody can stop me.”