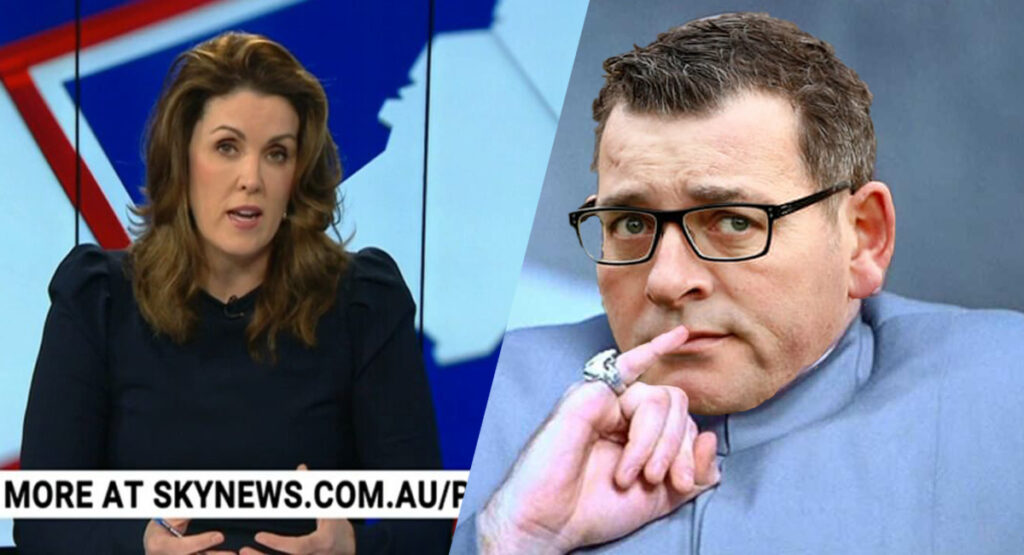 The following is a transcript from a recent broadcast of Sky News host Peta Credlin:

Melbourne has just received its first sign of freedom, or have they? Is it just a rouse? Is Dictator Dan actually giving up this power he was so desperate for in the first place or is he playing the long con? Has he done this in order to restrict press freedom by reducing things to attack him on?

I have seen some damning evidence originating from my teleprompter that Dictator Dan and his dastardly far-left cancel culture woke army of privileged child-slaves are only ending this lockdown in order to prepare an attack to grant themselves the power to lock Melbourne down again.

The anti-lockdown protesters had a point, because thanks to their actions, there might be a real chance of another lockdown in 2 weeks time.

Devil-Spawn Dan has a plan to re-introduce not only Covid-19 but a new bio-weapon called Covid-21 which will be given out by Malcolm Turnbull, Kevin Rudd and various secret gangs of African people. He will use that to give himself the powers he just relinquished. A truly cunning plan. While I am not saying this for sure, legally speaking, I am simply posing the question of will Dan Andrews ever die so we can examine if he is actually human or is he just a lizard person?