loading...
General News
Melbourne to build their own Opera House just so they can be smug about not putting ads on it
1st of your 1,000,000 free articles this month 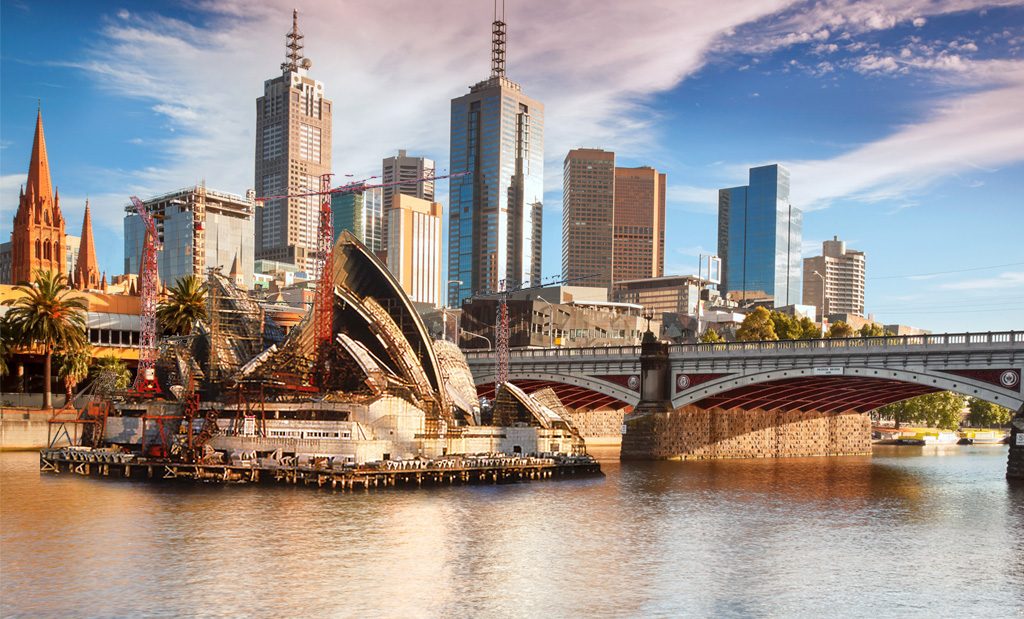 Victorian Premier Daniel Andrews has today announced $150 million of state funds has been redirected from schools and hospitals, in a lastminute plan to build an exact replica of the Sydney Opera House on the shores of the Yarra River. Stating that the project was “vital infrastructure” for the state, the Premier announced that having an ad free Opera House was essential for propping up Melbourne’s superiority complex.

Funded as part of Melbourne’s $15 billion “Being Better Than Sydney” fund, the project is expected to raise smugness levels in the nation’s arts capital to unprecedented levels.

“No matter how hard we tried, Sydney always had one-up on us culturally thanks to that blasted Opera House,” complained one bearded Melbournian sipping coffee out of a shoe in an alleyway at 2am, “but now that Sydney’s gone and turned their one remaining non-finance-related venue into a giant ad for gambling, we’re finally Australia’s cultural centre! Oh cool look a rat just stole my bagel. You don’t get that in Sydney.”

The Opera House is expected to greatly improve tourism to the state, padding out Melbourne’s otherwise lackluster list of sights – which previously included one graffiti covered wall, a low-polly copy of Eiffel tower with graphics acceleration turned off, and Melbourne’s world famous answer to the big banana – the three foot high inflatable ego.