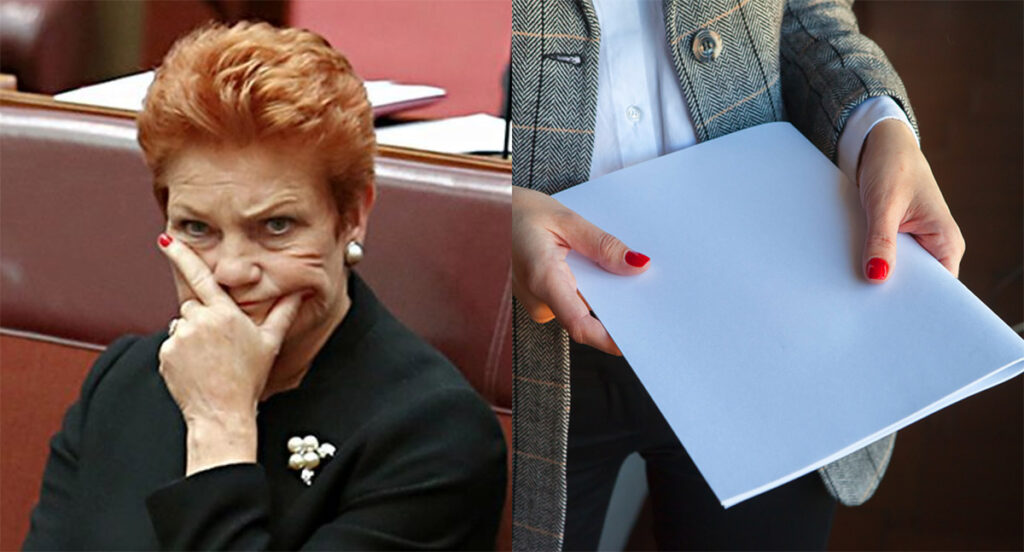 Senator and part time McDonald’s mascot Pauline Hanson has seen her “All Lives Matter” motion fail to pass the Upper House of Australia’s parliament today, after she insisted it be written using white text on white paper.

The attempt by Ms Hanson to enshrine the racist dogwhistle as law in Australia has shocked the fans of the One Nation senator, many who say they had never seen any previous indicators that she might be racist.

While Senators tried their best to read Hanson’s motion, all struggled with the white text on white paper with many asked to “Please explain?”

“I don’t know what the problem is,” retorted Hanson, “last time the LNP happily passed my ‘It’s okay to be white’ motion without trying to read too much into it.”