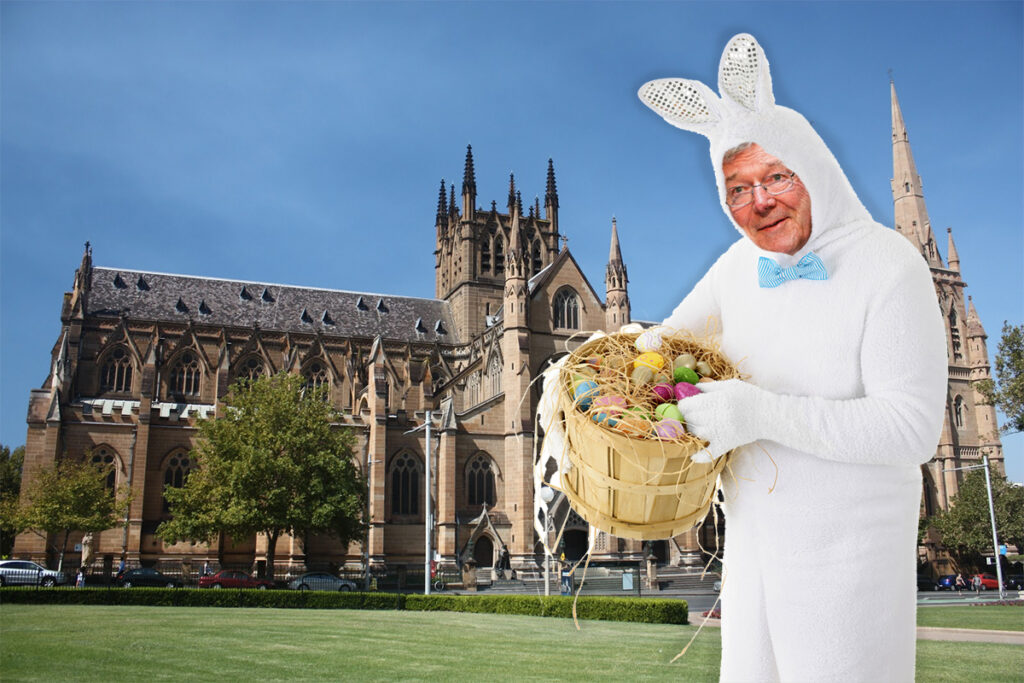 Disgraced Cardinal George Pell has been spotted outside St Mary’s Cathedral in Sydney, dressed up as the Easter Bunny, attempting to lure passing kids with chocolate eggs.

When confronted, Pell claimed this was exactly the sort of thing the Catholic Church had been doing for years. He then claimed the “ceremonial robes” that he was dressed up in meant he couldn’t possibly do anything untoward with any of the children he had lured.

The Catholic Church has backed Pell’s claims, and has asked anyone accusing Pell to sign a strict Non-Disclosure Agreement.

The police said that they were going to issue Pell with a $1000 fine for breaching the lockdown restrictions, but then they realised he was a rich, white man and so let him off with a warning.

The Pope tweeted that he approved of Pell’s actions. “Dressing up as the Easter Bunny to try and lure kids is exactly the sort of thing Jesus would have done.”