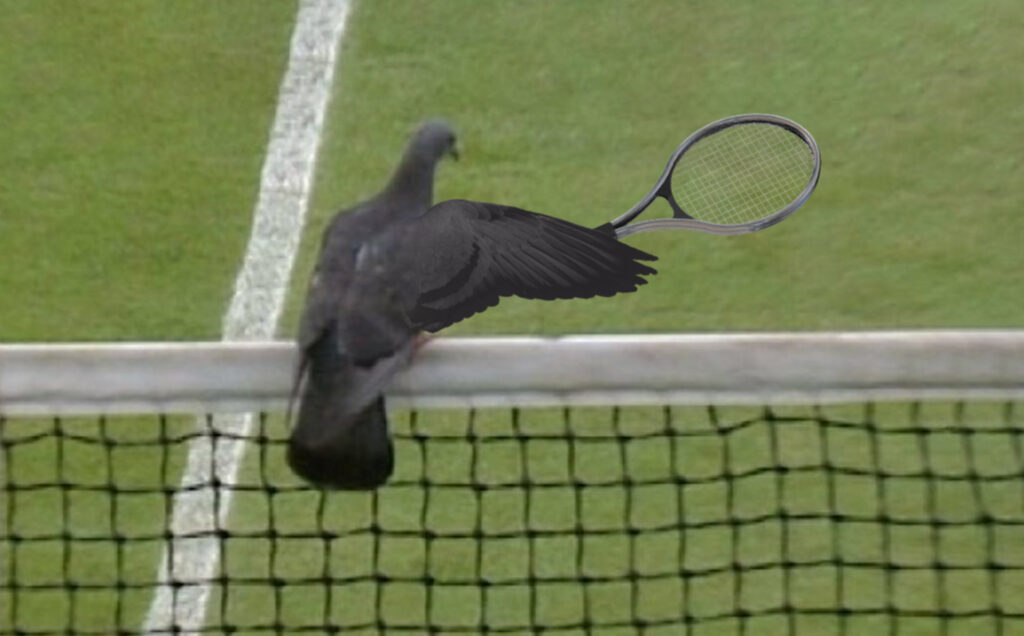 Australia’s most wanted border-breacher and part time sky rat Joe The Pigeon has today been given a reprieve by the government as well as temporary leave to stay in Melbourne, after it was discovered the bird is capable of hitting a ball over a small net.

“Yes, we may be facing the worst pandemic in modern memory which has left 2 million dead across the world, but I think we can all agree that the real priority here is that tennis is not interrupted,” explained the Minister for Immigration Peter Dutton. “Australians stranded overseas and across state borders are writing to me in droves explaining how much sense it makes to allow foreign tennis players in to hit a ball across a court for a few hours. Reuniting families is not nearly as important as this.”

Joe The Pigeon was previously slated for execution by the government for illegally breaching Australia’s biosecurity laws. These extremely strict laws were put in place to ensure that only giant cruise ships full of infected passengers and tennis players with COVID are allowed into the country, but no racing pigeons.

However not everyone is happy at the news, with former Deputy Prime Minister Barnaby Joyce left devastated to hear of Joe’s reprieve. “Aw Geeze, I had my good pigeon strangling gloves on and everything,” sighed Barnaby. “And I’d already told Dutton he could keep the corpse. This is even more devastating than the time Johnny Depp’s dogs got away. If anyone needs me I’ll be drowning my sorrows with my secretary in my bedroom.”