loading...
General News
PM concerned the new covid wave in Sydney could pose a real risk to the Cronulla Sharks
1st of your 1,000,000 free articles this month 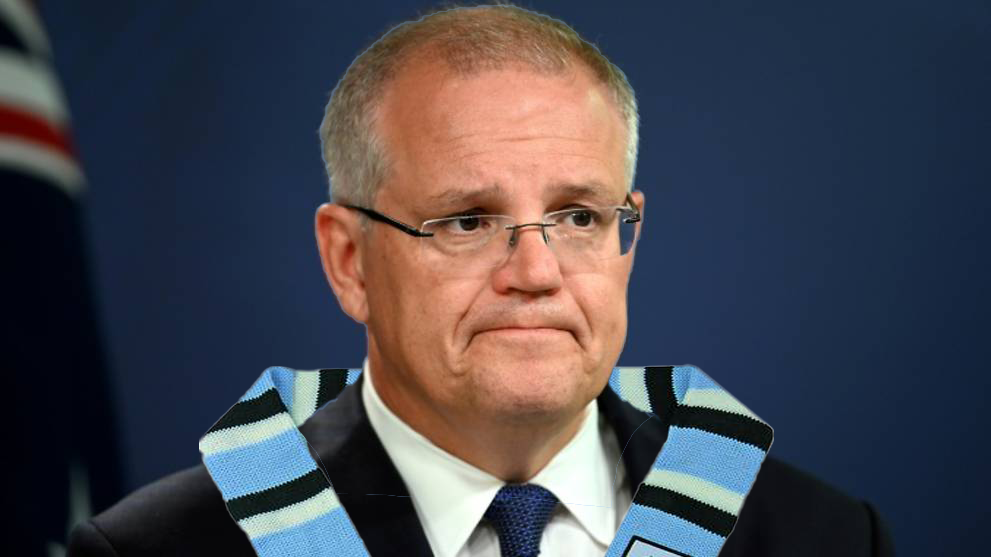 Leader of the Cronulla Sharks fan club and guy who constantly has the weirdest feeling like he forgot to lead something else, Scott Morrison has today announced concerns about the risk the new outbreak of Coronavirus in Sydney could have on the Sharks. This concern comes after the first reported case of the virus spreading to the Cronulla region, which has left the PM mortified by the idea that ‘someone whose life actually matters dying’.

“I thought this virus went too far when it hit an elite beach, but now it is going after Cronulla?” said the PM while packing his bags for Hawaii, “Someone really needs to stand up and stop this virus, this country could really use a solid leader right about now. Has anyone asked Paul Gallen what he thinks?”

“Back when it was targeting the elderly I felt a bit worried because that could hurt my voter base, but now I am concerned it could take out my team. Those poor boys. I mean reputation wise Sharks players are quite similar to the Liberal-National Party. The only thing that could possibly be worse is if a Murdoch or a Rinehart get it, and with it circling the poor rich white people… I am sorry, it is scary just thinking about it. I can’t.”

The PM is not the only one concerned by the virus spreading to Cronulla obviously, professional racist liar and human disgrace Alan Jones has shown great concern for the citizens of Cronulla saying:

“I have a special connection to the people of Cronulla and I know they listen to what I say, so I was worried when I heard a virus had spread to Cronulla again. Luckily this time it doesn’t involve Muslim people, but covid is still scary. Either way, people of Cronulla in case a problem grows worse, stand back and stand by.”