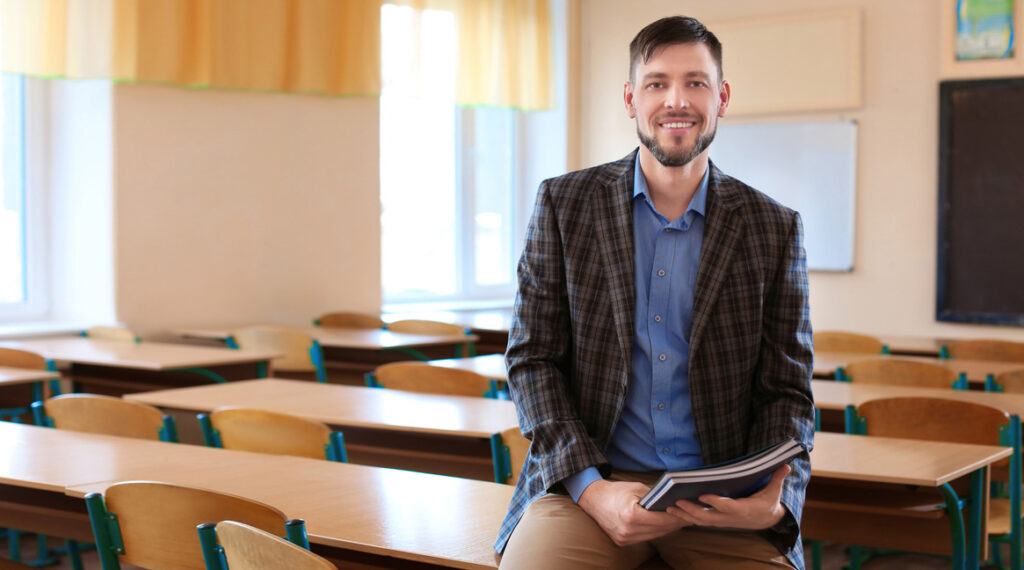 Local high school teacher Mark ‘Mr’ Dunston has today been praised by former students as their favourite teacher during school, in what many are calling a heavily rose-tinted take on a person who barely managed to teach his students a single thing in their six years of science classes.

“Remember that time he bought us all donuts to burn in the bunsen burners, but then we all just ate them before he finished explaining what to do?” said one of the former students gathered at the yearly reunion. “That guy was so great! No idea what we were supposed to have learned, something about calories being good I guess.”

Other students reminisced about Mr Dunston’s chirpy, upbeat nature, reflecting on how he often gave students early-marks, and occasionally held classes outside if the weather was good, or when his eyes were strangely bloodshot. “He really was a lovely guy in an otherwise horrible lineup of teachers,” remarked one student. “Not like that maths teacher Mrs Roberts, god I can still remember the times tables she forced us to learn to this day!”

However, some students were less than impressed, with CSIRO employee Emily Samson stating that she was set back years by Mr Dunston’s tendency to put on movies instead of actually educating his students. “As much as I enjoyed his classes, I think I would have preferred it even more if I didn’t have to speed-learn six years of chemistry in the week before my first university class,” sighed Emily. “Strangely, knowing the dialogue to the movie Shrek off by heart wasn’t much help when it came to getting a career in science.”

“I did like that he would always let us sit next to our friends though, and how all his tests were open book. Also he would let us mix random chemicals together just to see what would happen. God, now that I think about it, he really was a terrible teacher.”