loading...
General News
ScoMo scratches head as he wakes to 150 missed calls from frantic staffers
1st of your 1,000,000 free articles this month 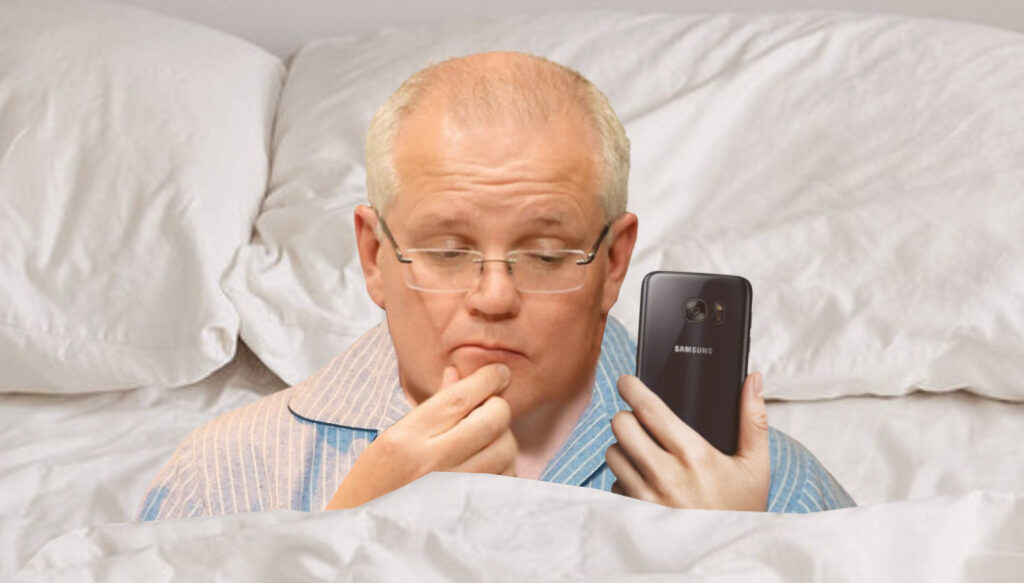 Scott Morrison has this morning regretted turning off “do not disturb” on his phone during the third day of his holiday – after he was hit was 1500 missed calls, texts, and emails from frantic staffers begging him to return to the country immediately.

“Miscalculated? Bleeding polls? Head back immediately?” said a confused ScoMo skimming through his gmail inbox, “Gosh, sounds like the office Christmas party must have been off the hook this year. Ah well, back to bed, I’m sure they’ll sort it out.”

However, Morrison’s holiday may yet be cut short, with the federal government rediverting all bushfire fighting planes to Hawaii in an emergency effort to rescue ScoMo from his own terrible judgement. “The Blue Mountains fire may be big,” announced acting-Prime Minister and part time Elvis impersonator Michael McCormack, “but we have an even bigger dumpser fire raging in our party offices right now and we have to prioritise our resources. Sorry Australia, ScoMo comes first.”