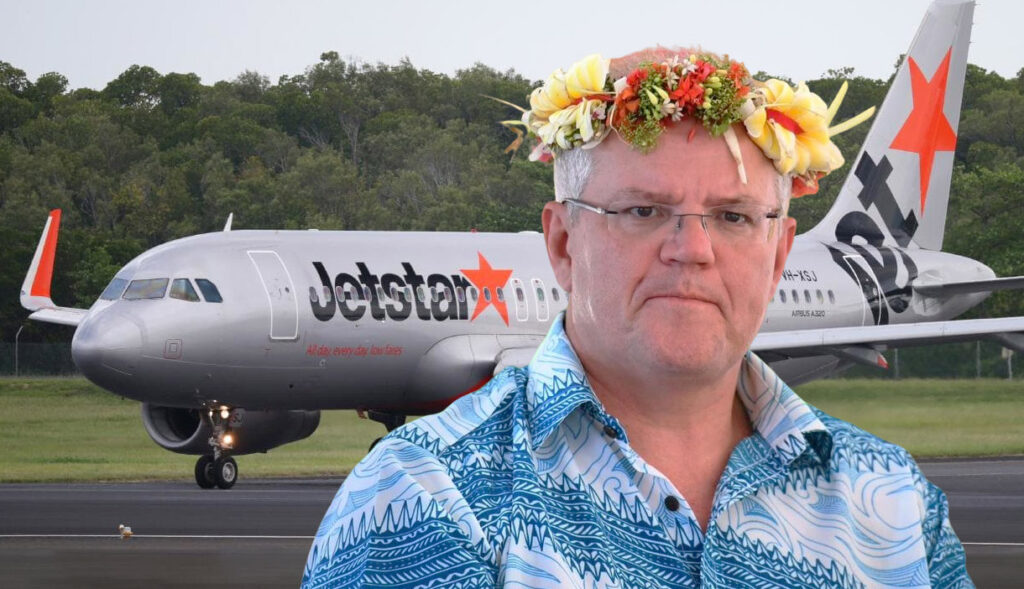 Full time letdown and part-time Prime Minister Scott Morrison has today travelled to the government offices of Hawaii and applied for political asylum, after checking his twitter feed and seeing nothing but a steady stream of hate following his decision to take a two week unannounced vacation in Hawaii in the midst of a national emergency.

“Hello yes, I’d like to apply for asylum on the grounds that if I returned home I would be immediately devoured by an angry mob,” Morrison was heard explaining to a confused roads authority teller. “If I go back to Australia now I’m dead! Well, at least my career will be.”

However, Morrison may not be able to return even if he wanted to, with his Jetstar return flight being cancelled by the airline late this afternoon due to strikes.

Workers for Jetstar are reportedly refusing to return to work until they receive better pay, better working conditions, and a Prime Minister who isn’t a complete dickhead. Experts predict the strike could last decades, if not forever.