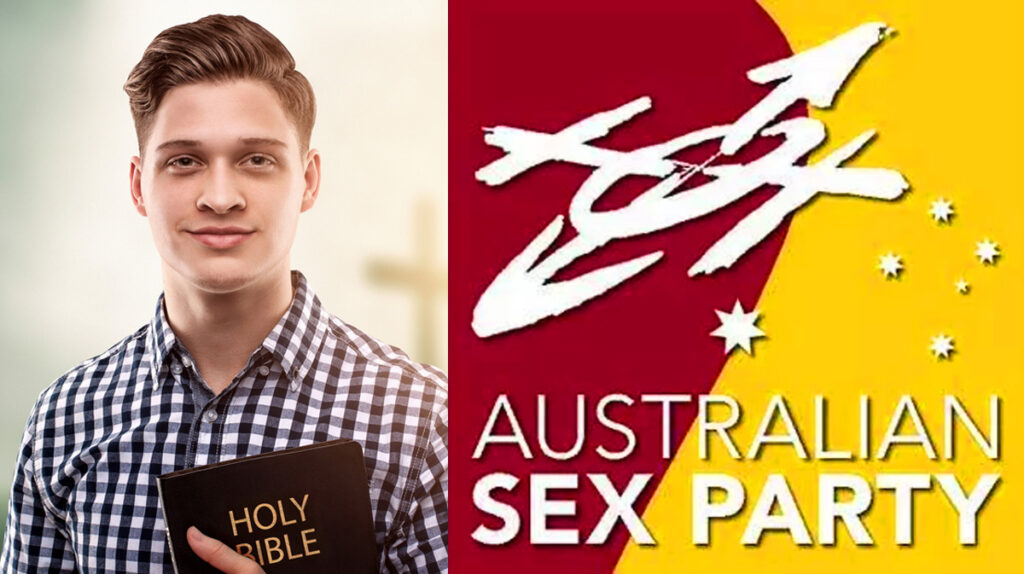 The Australian Sex party has today pulled support for their candidate in the electorate of Chisholm after reports emerged that he has never attended a strip club in a drunken night of debauchery.

The revelation comes in the wake of a string of scandals for Thomas Moseberry, a young Christian man, who had been preselected to run in one of the Sex Party’s safest seats. Originally the party had stuck by Mr Moseberry after journalists revealed he had never once posted pornography or described a naked woman sitting on his sofa via social media, but that support was quickly undermined by the latest revelations.

“The fact is, we were led to believe by Mr Moseberry that he had made numerous lewd posts on his social media accounts in the past, but had simply deleted them,” explained Sex Party leader Fiona Patten. “However, our suspicions were raised this week after Mr Moseberry was seen sneaking out of the party room meeting at a local Adult Shop to attend a nearby church.”

“Frankly we expect more from our candidates,” continued Mrs Patten. “The idea that this person is running for our nations parliament, but isn’t even grown up enough to sit in a room surrounded by naked women is frankly not good enough. If he wants to pretend people don’t have sex, that’s fine by us, but that kind of childish worldview has no place in our nation’s parliament.”