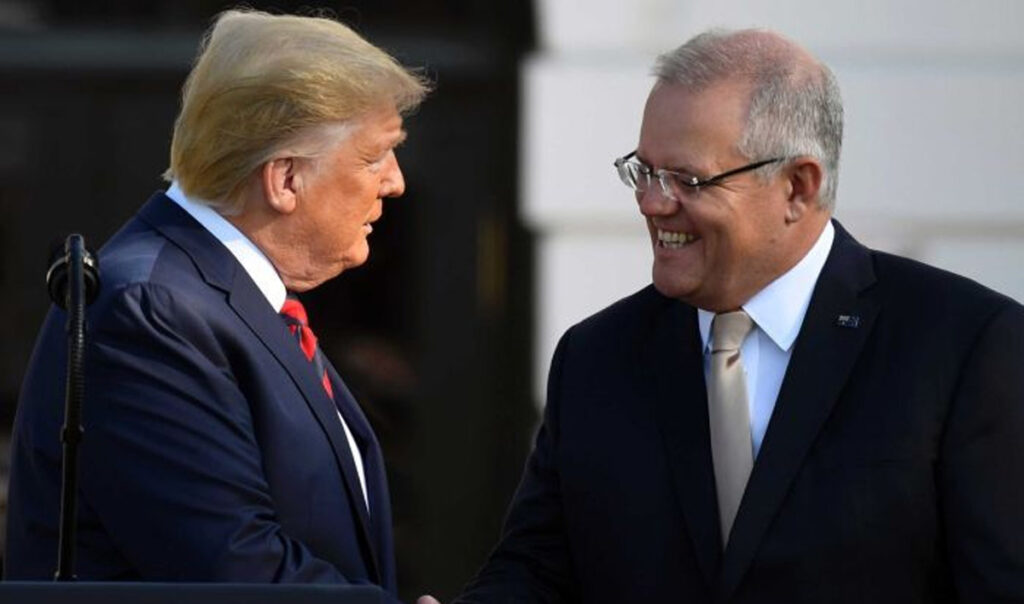 The Australian government has been thrown into turmoil today, following a report by the New York Times detailing a damning personal exchange between the leaders of Australia and the United States, which is being described as a gross misuse of public office. Newly released transcripts of a phonecall between the two leaders has come to light, which has revealed that Scott Morrison agreed to assist President Trump with investigations into the Russia rumours that have plagued his administration, as long as Trump returned the favour and helped Morrison get to the bottom of who leaked to the press that he had shat his pants in the bathroom of Engadine Maccas in 1996.

“It’s a terrible slur and it really hurt my campaign, the fact is it’s all fake news,” Morrison can be heard saying on the phone to Trump. “This is Prime Ministerial harassment.”

However, Morrison’s claims that the event was made up have been undermined with the revelation that a secret whistleblower has come forward to confirm the incident took place. The identity of the whileblower has so far remained anonymous due to fears about their safety, but sources from the New York Times have confirmed he or she was an ASIO spy named A. Downer, who had spoken to many staff at the McDonald’s restaurant, including the person rostered to mop the bathrooms that day at Engadine Maccas in 1996.

Asked why he had so quickly sold out the country’s integrity to help the American President’s personal vendetta, Scott Morrison said it was a small price to pay to find the squealer who roused on what the press are now calling ShitGate.

“The fact is it was imperative we get to the bottom of the Engadine fake news,” said Morrison. “Now, if I had simply agreed to help Trump investigate one of this country’s highest diplomats and a former serving government minister to help drive some crazed personal vendetta of his without any kind of benefit to our country, sure, that would be a terrible, spineless thing to do. But the fact is I had a very good and justifiable reason to throw my own country under the bus.”

“I mean can you imagine if I’d just done this to suck up to the guy? God, that’d be sad.”