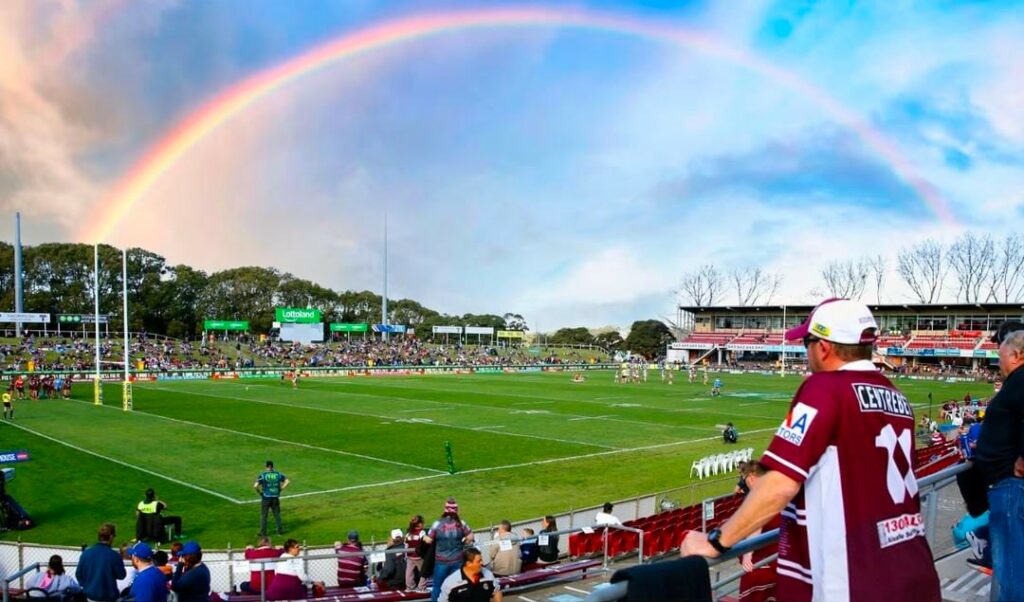 Members of the Manly Sea Eagles have today forfeited their latest match, after mildly inclement weather produced a nearby rainbow, rendering the team unable to play.

“I don’t swing that way!” players were heard screaming as they fled to their change room. “Oh god no, there’s closets in here!”

However the players were eventually coaxed back on to the field after being assured there were no gays around, only to immediately flee again after seeing a man in the crowd eating a sausage sandwich.

Play was eventually resumed after a compromise where players would shout “no homo” before every pass, reassuring players that they are safe to continue their extremely heterosexual passtime of running around in short shorts, tackling other men, and slapping each other on the bum.