loading...
General News
The Chaser’s Guide to American Democracy
1st of your 1,000,000 free articles this month 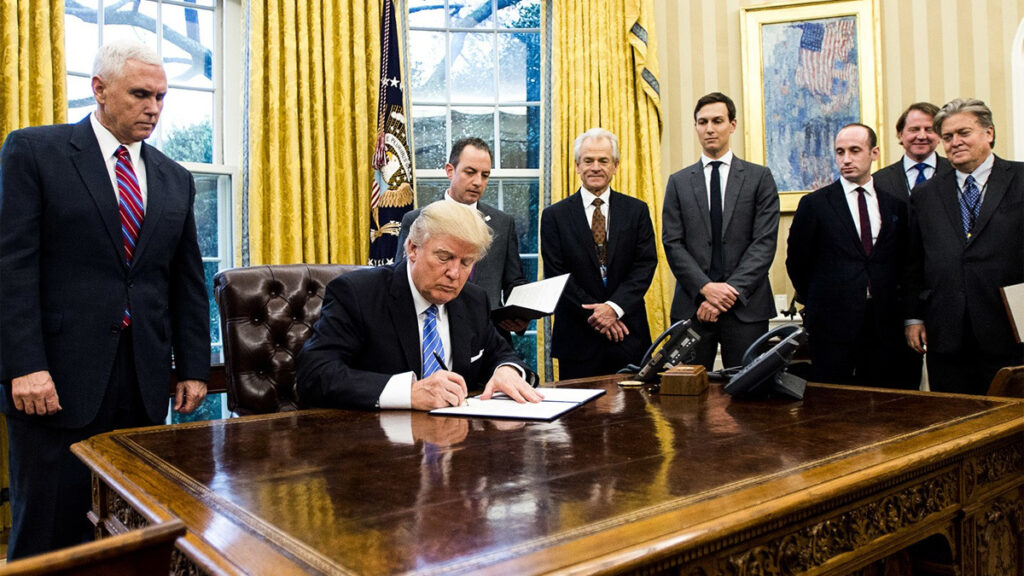 AMERICAN DEMOCRACY was a process, whereby, every four years, the national political system entered a deadlock for two years to select two people to run against each other, each of whom represented different segments of the business community. Then every citizen in the nation got the chance to vote on who they wanted, after which the majority opinion was disregarded. The role was then given to whoever was better at Twitter. The President was then expected to spend the next four years selling-out his biggest supporters to the business community. 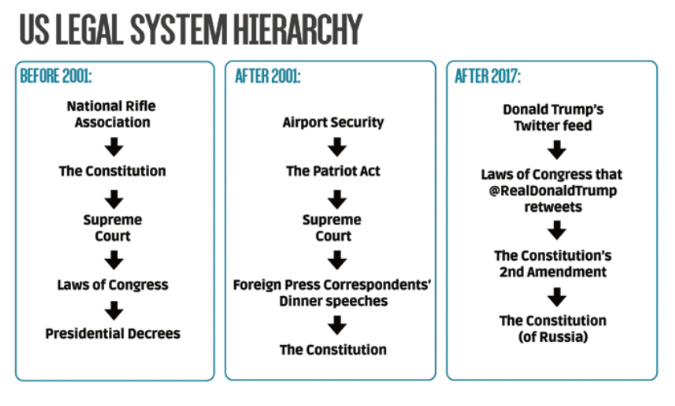 Cut out this quick reference guide to the US Legal System, for easy reference in case you become the next target of the regime.

The Supreme Court
Until 2017, it was the Supreme Court’s function to interpret the Constitution. Back then, there were two bodies of thought about how the Constitution should be interpreted. Conservatives believed that the Constitution should be interpreted as literally as possible except when they disagreed with it. Liberals, on the other hand, believed the Constitution was a living, breathing document that should have been interpreted as broadly as possible, as long as there was a majority of liberals on the bench. For example, conservatives believed that the ‘right to bear arms’ gave them the inalienable right to run a scare campaign about Big Government taking away your guns after each major massacre in order to fundraise for the National Rifle Association. On the other hand, liberals believed that the ‘right to bear arms’ didn’t even give you the right to bring a semi-automatic machine gun to church without filling out a whole lot of forms.

Until 2017, the US Constitution was notoriously hard to change. It required agreement from two-thirds of states, plus a vote in both houses of Congress. This meant that only uncontroversial things, such as the criminalisation of alcohol had traditionally been able to be ratified. Over the years, politicians found that it was easier to ignore the Constitution, and then appoint judges willing to look the other way. 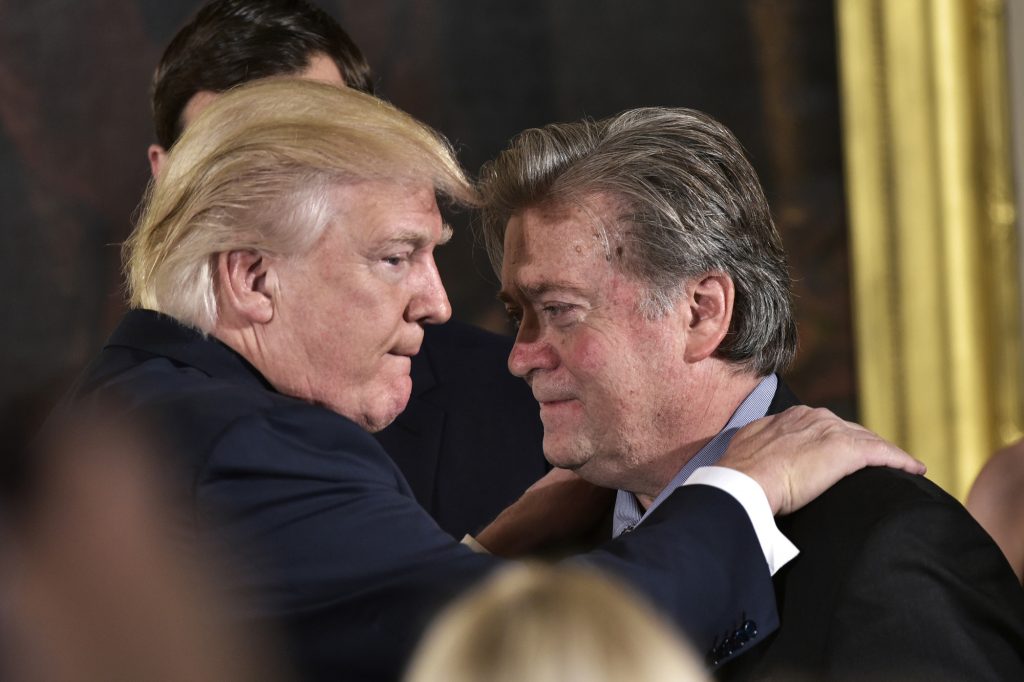 The most powerful person in the United States talking with President Trump.

Nowadays the Constitution is interpreted in two ways. In the first instance, the meaning of laws or orders are clarified through the @realDonaldTrump twitter account. If a deeper, more extensive interpretation is required, or if Donald Trump is playing golf, the constitutional law is interpreted through an op-ed on Breibart.com. If there is still debate, the constitutionality of a law is ultimately determined by how many retweets the idea gets on Donald Trump’s feed.

The Parties
Until 2017, there were two major parties in US politics. The Democratic Party was the party of people who are naively optimistic about how the US political system works. These are comprised of a coalition of interests who have only achieved broad-based political rights in the last few decades, people such as women, Latinos, Blacks, LGBTQI and other ethnic communities. They were in coalition with the college educated and union workers.

The Republicans were a less inclusive church, comprising mainly of people who fall for Spam emails. As you can imagine, the Democratic Party won the popular vote in a landslide, by almost three million votes. Even so, the Republican Party now controls both houses of Congress and the Executive Branch. And this result was apparently while the system was still ‘working’. The future of the Democratic Party remains in the balance. Some diehard supporters still believe that winning at the ballot box in 2020 will deliver them power. So at least they haven’t lost their sense of humour.

From The Chaser’s America (Chaser Quarterly #6): buy it here.