In honour of Holden’s announcement that it would shutting down in Australia, here is a nostalgic look at the history of this never-great Australian company.

1948 was a significant year in Australia’s history for many reasons. It was the year that Australia became a founding signatory to the Universal Declaration for Human Rights. More importantly, it was the year the first car was manufactured in Australia, spawning an entire industry based around under-warranty car repairs that would last half a century, until the arrival of Japanese-made cars in Australia.

Going by the catchy title 48/215, the car quickly came to be known as the ‘Holden’, or ‘bloody Holden’, depending on who you supported in the Bathurst 1000.

The Holden company started in 1851 as a saddlery, but following the invention of the car, quickly transformed into a lobbying company with the mission of extracting as much money from the Australian taxpayer for the least amount of competence.

The 48/215 car was a technological marvel for many reasons. Its Victorian precision engineering factory pioneered the production of doors that slightly misaligned with the main chassis – a mainstay of all Australian cars for the next 50 years. It is also credited with developing an especially weak form of rubber sealing that had just enough adhesive force to stay in place until the day after the new owner had taken delivery of it. 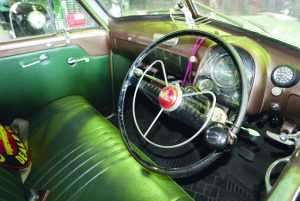 By the 1980s, faced with the reduction of tariffs and the introduction of Japanese cars which didn’t break down every 8000 kilometres, Holden arrived at a daring new strategy for becoming actually competent at manufacturing cars – a skill which required retooling all their factories at the expense of the taxpayer.

Its crowning achievement was the mid-sized Holden Camira in 1982, which perfectly mismatched the power of the engine to the chassis size, to maximise the strain on the state-of-the-art drivetrain, reducing the life-cycle of the car to within minutes of the warranty period (12 months).

While New Zealand’s government eschewed this innovative approach, and forced Holden to withdraw the car from sale, plucky Australian regulators showed the digger-spirit of Gallipoli, and allowed the ground-breaking death-trap to continue being sold to consumers until 1989.

In 2013, then Treasurer Joe Hockey announced that the Australian car industry would no longer be eligible for government subsidies. This caused much controversy. The car industry employs hundreds of workers directly in the manufacture of automobiles, and many tens of thousands more in their repair. 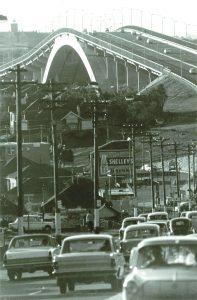 Some Holdens were so well built that they were able to drive up the incline of the Gladesville Bridge in Sydney.

It also led to suggestions that Joe Hockey didn’t understand the point of the car industry, which was to seek government subsidies. But with the removal of roughly $1 billion support, it quickly became apparent that there was no point in carrying on with the farce, and Holden decided to specialise in the manufacture of car advertisements that make Korean-made cars feel Australian. They excelled as well at marketing as they did in manufacturing, and gave up on everything in early 2020.

The last Holden car made in Australia rolled off the production line in late 2017, and broke down shortly after that.