loading...
General News
The results are in: Chris Wallace lost the debate
1st of your 1,000,000 free articles this month 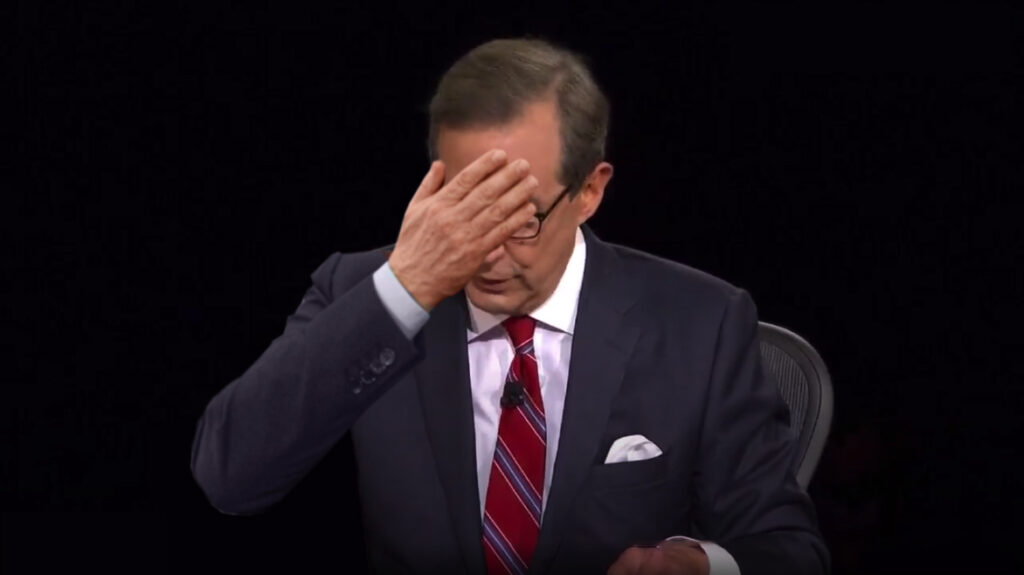 Fox News host and leader of America’s opposition party, Chris Wallace, has today been declared the loser of the first Presidential debate, after he failed to keep the man who is supposed to be running the world’s largest economy from babbling like a toddler for 30 minutes.

President Trump agreed that Wallace was the loser, saying he had always known that. “Wallace is the biggest hater and loser I’ve ever met,” said Trump while he was supposed to be eulogising a fallen soldier. “A lot of people they say to me, why do you even let him ask questions you know? You’re so much better at it Mr Trump, and I tell them they’re right. People always tell me that watching my rallies is like watching someone mass debate on screen for 2 hours.”

Joe Biden meanwhile has been declared the winner of the debate, on the grounds that he is simply not the worst person ever born. “Yea look everything he said was mediocre and uninspiring,” said one voter who watched the debate, “but at least he wasn’t a bankrupt spray tanned childish narcissist who somehow couldn’t even bring himself to denounce white supremacists. So I guess he won?”