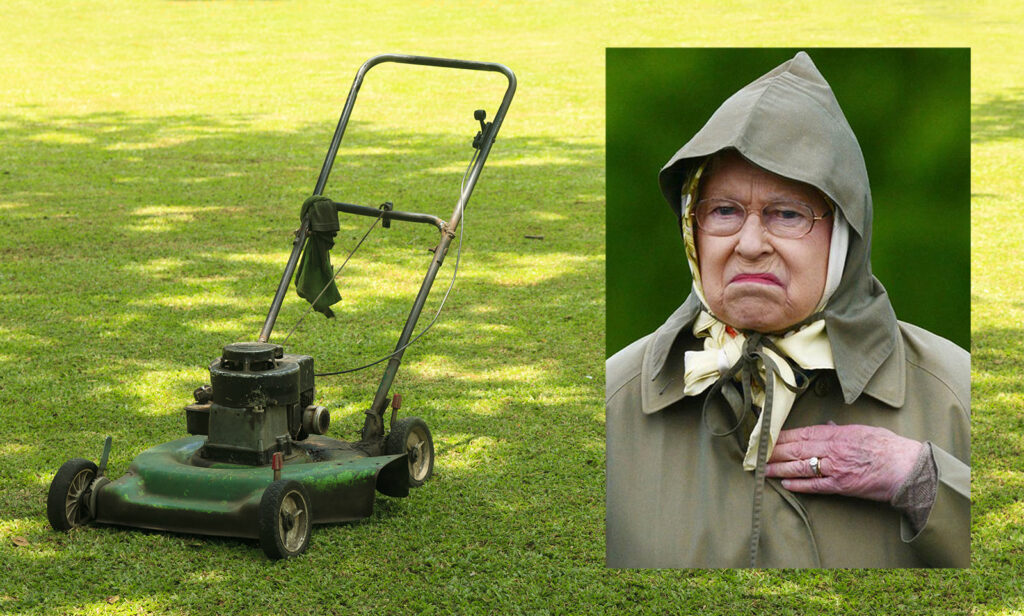 The release of the palace letters between Queen Elizabeth II and Sir John Kerr has been a treasure trove for historians. But nothing has been quite as explosive as this letter from September 1975 uncovered by our own reporter, that was buried amongst the boring stuff about The Dismissal:

I write once more with the same, ever more exigent inquiry; and with Polonius’ words to his son Laertes foremost in my mind: ‘Never a lender nor a borrower be’.

John, where the fuck is my lawnmower?

Unfamiliar though I am with your grounds and holdings, one must assume that – though they may well be significant – it does not take eight months to cut the grass. If it were so, mention should have been made before Philip dispatched the item responsible for what I fear is cause for abatement of our cordial relationship.

My good faith, of which I must admit a surplus at the moment I entered into this non-binding yet ever verifiable contract, is reduced to the merest reserve. And yet, it continues to wane.

Please return my lawnmower on receipt of this letter. I take this opportunity to remind you that it had a full tank of fuel and, though the starter cord may have been frayed, it was not broken.