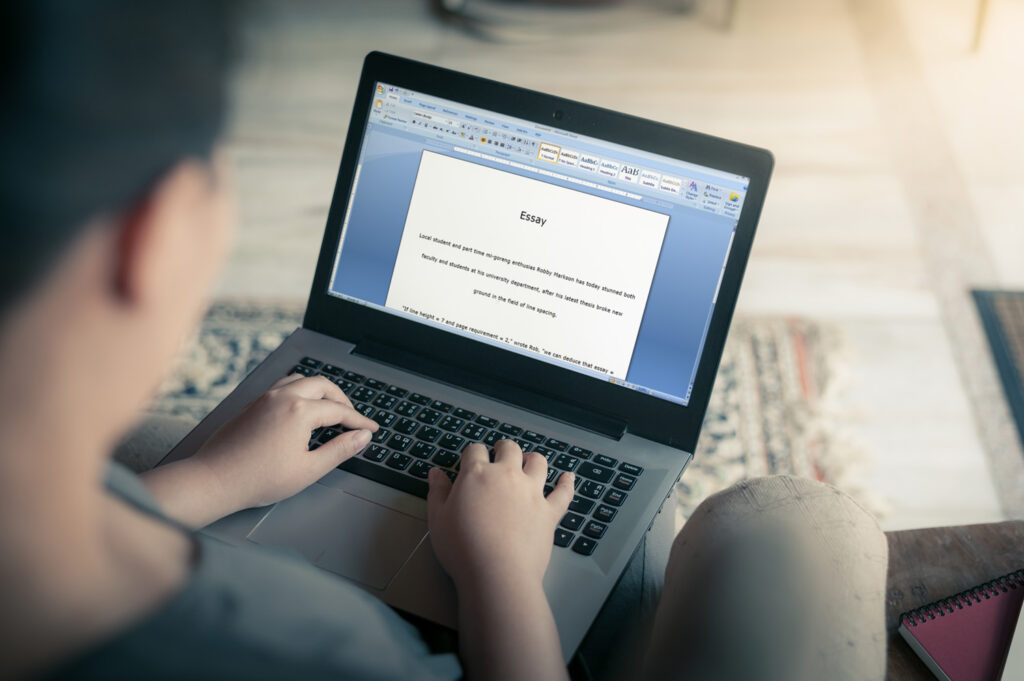 Local student and part time mi-goreng enthusias Robby Markson has today stunned both faculty and students at his university department, after his latest thesis broke new ground in the field of line spacing.

“I’ve never seen anything quite like this before,” exclaimed one tutor who graded the paper. “The moment I saw it I raced to the staff room and showed the whole english department – none of us could believe what we were seeing.”

“Most students came back to me with the standard 1.5 line spacing, double letter spacing and maybe a few unnessecary paragraph breaks, but Robby’s insights into gaming the 3 page minimum requirement are really on a whole other realm. It normally takes at least until masters level before students show this level of sheer laziness coupled with ingenuity at cheating the system.”

The news has surprised Robby who says he didn’t think his brazen lazyness was anything out of the ordinary. “I didn’t think it would be so groundbreaking to try push line spacing to 3pt and use the first page as a cover page with only three words.” says Robby, “and doesn’t everyone use a double-height footer with a page number to pad out the bottom of the page? I’ve been doing that since third grade!”

Robby’s parents however say they are not surprised by the news, admitting that even at a young age he was showing signs of one day becoming a pioneer in the field of procrastination. “I remember when we first bought him some lego, and he worked out that he could just trade his sandwiches to get his older brother to build the things on the box for him,” reports his mother Edith. “So yes, we always suspected he was a lazy little shit. It’s nice to get some recognition from professionals though.”