loading...
General News
Victoria agrees to be 51st state of USA: immediately becomes ‘best performing state in the country’
1st of your 1,000,000 free articles this month 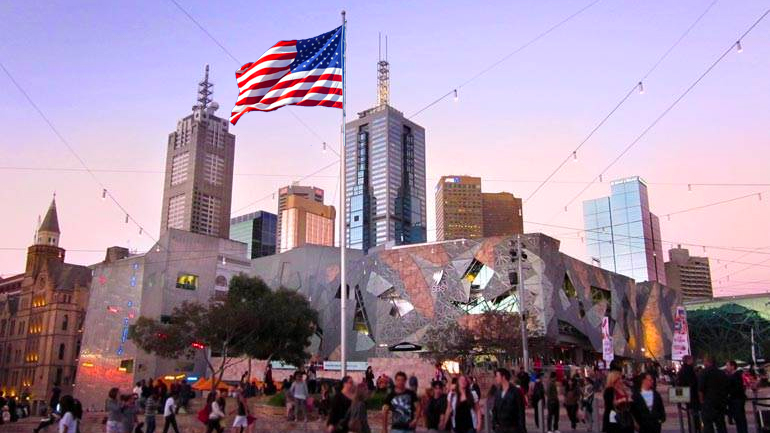 After being briefed for 5 hours by exasperated scientists, about how Victorians aren’t actually upside down, Trump offered to take Victoria off Prime Minister Scott Morisson’s hands much to the relief of the rest of Australia. Warning NSW residents that they’d be next if their cases continue to rise, every single NSW citizen rushed home and vowed not to leave the house until they were COVID-19 free.

The Victorian Premier and soon to be Governor, Daniel Andrews, has reportedly already been given his first strike by President Trump. Andrews’ plans to test more Victorians for COVID-19 has been seen to be an obstacle for Trump who wants to test fewer people so there’s fewer cases.

“I have big plans! Very huge, big plans for Victoria,” Trump told his supporters, “First order of business is to make Victoria great again by cutting off their healthcare and getting rid of their ridiculous gun control laws. They’ll finally be armed enough so they can fight off the many dangerous animals, like drop bears, that inhabit there.”