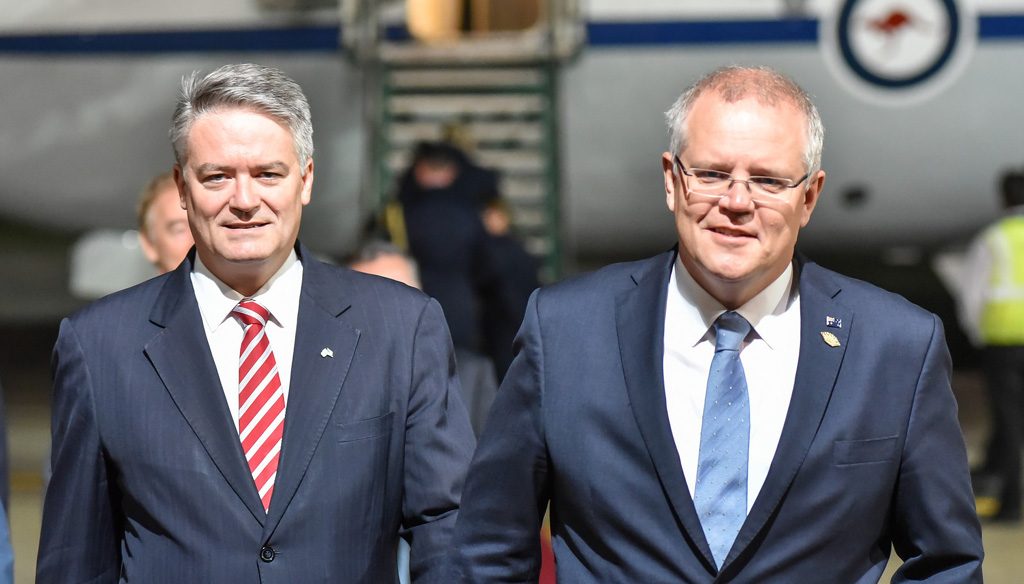 Calls for a federal ICAC have had cold water poured on them again today, after Prime Minister and Member for Maui Scott Morrison announced that he could see little good coming from any law which holds politicians to the bare minim standards of conduct that any other workplace would expect.

“A federal ICAC would be little more than a giant waste of money, and it would almost certainly fail to make a difference in the levels of corruption in this country,” explained Morrison. “I mean, can you imagine the number of people we would have to hire just to keep up with the daily spending rorts and chartered helicopter joyrides that go on in this place? We’d drain the treasury in a week, not to mention the huge cost that MPs would have to shoulder if they started having to pay for their own holidays.”

However, the Prime Minister was quick to explain that the corruption he was referring to was entire due to the Labor party, and was not in any way related to the five separate accusations of corruption facing senior Liberal party figures this week.

“Look, sure our last speaker was shamed out of her seat after booking a helicopter to a private fundraiser, and yes, I’ll admit that our federal director was linked to the washing of illegal political donations through a slush find, but we’ve reformed internal processes since then and I think you’d be hard pressed to name one thing that’s happened recently that would warrant setting up a Federal ICAC,” said Morrison.

“Well, apart from our Minister for Small Business’s office being accused of withholding evidence by the federal police, our Finance Minister failing to declare a free holiday he received weeks before awarding the provider a $1 billion contract, our Home Affairs Minister being accused of awarding $423 million to a company registered to an island shack, and Joe Hockey’s possible involvement in the tendering process for a company he held shares in – you know APART from all that, the Au Pairs thing, Parakeelia, the drug cartel accusations, the Murray-Darling Basin Authority’s mismanagement, the reef fund, the franking credits scandal, the accommodation entitlement rorts, Stuart Robert’s internet bill, the $30 million Foxtel payout, the sports rort scandal, Angus Taylor doctoring financial records used to smear an opponent, overpayment of the health services contract given to an ex-party member, the staffer jobs given to coal lobbyists, the misleading election signage, Gladys Liu’s preselection, Robodebt, Peter Dutton’s childcare interests, Bettina Arndt’s Australia Day award, giving a $10 million rural grant to upgrade a North Sydney pool, the party hiring a former staffer to lead a corruption investigation, Morrison refusing to release the Sports Rort investigation report, the $300,000 given to News Corp to develop a website, and Barnaby Joyce’s entire career, name one thing that could possibly warrant a Federal ICAC investigation?”

The government however has offered an alternative plan to crack down on corruption, pledging to immediately double the pay of every sitting member of Parliament. “As we’ve explained repeatedly before, the simple solution to stop MPs taking bribes is to increase their pay,” explained Scott Morrison after stepping out of his expenses paid Commcar and lighting a cigar with a $100 note. “Clearly making $400,000 wasn’t enough to stop these ministers from needing to take money under the table, so hopefully by giving each sitting member a lump sum of $10 million each, it will finally convince them to stop being so corrupt.”

“And if that fails, we can always try doubling it again.”