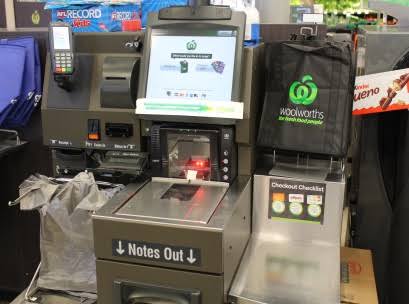 Supermarket giant Woolworths has announced it is trialling a high-tech checkout system at its Double Bay store, where customers just walk out with their groceries, without the bother of going through a conventional checkout.

But critics say the system has existed for years and there is nothing innovative about it.

“I haven’t used the checkout for years,” said Keith Belan, an ice dealer from the Central Coast. “And I don’t even need an app. I just walk out.”

Woolworth’s system will require customers to scan their products on their mobile phones as they walk around the store. But Mr Belan said it was easier to just stick the goods down your underpants. “They never check there. Especially if you haven’t washed in a couple of weeks.”

The Chaser talked to one participant in the Double Bay trial, Jenny Graham, who said, “I honestly didn’t know these were vine-ripened tomatoes. I though they were just normal tomatoes. That’s why I scanned in the wrong code. Oh, and I have no idea why these avocados have been scanned in as potatoes thus saving me $8. It must have been an innocent mistake.”

The Australian Shoplifters Association says it is hoping for a nationwide rollout of the new system in time for Christmas.

“It’ll certainly make getting the frozen Turkey out of the store a lot easier,” said Mr Belan.