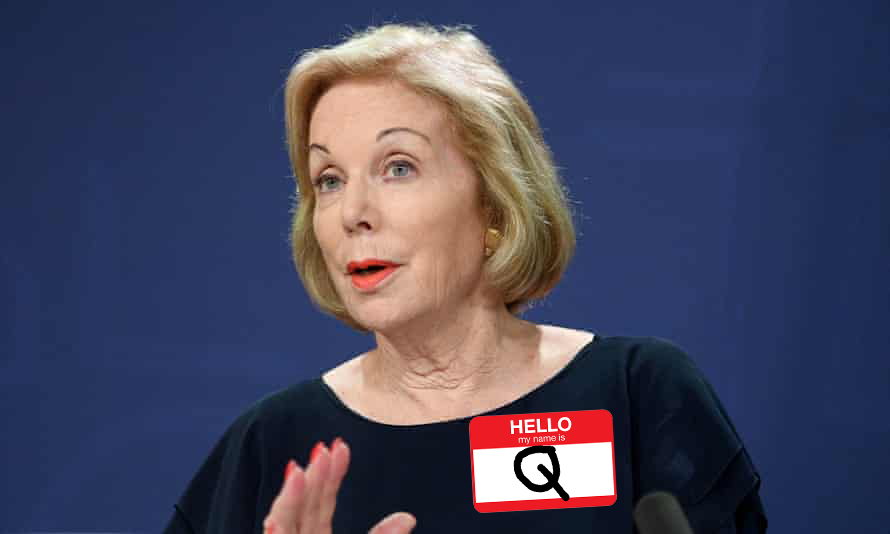 Sources close to the ABC have revealed the real reason that the ABC pulled the Four Corners piece breaking down alleged links between Scott Morrison and Qanon was that the order came from Q herself, Ita Buttrose.

ABC journalists working on the episode found a link they weren’t prepared for. Their boss is the head of an elaborate secret organisation intent on uncovering the fact that the world is run by a cabal of satanic-worshipping paedophiles.

In leaked documents that the lamestream media at the ABC would claim are ‘clearly made up’, the link between Ita (if that is her real name) and Qanon could not be simpler. In fact, the link is super direct since she is Q. So it’s about as direct as you can be, that Venn Diagram would just be one circle.

“Cease your investigation,” declared Q in an email sent from Ita’s work account, “this must stop now. Scott Morrison’s friends and former staffers have no link to me, nor my community. All investigations must be pulled otherwise your budget will almost certainly be cut. Continue revealing information about Qanon and the Prime Minister at your peril!”

While this development may seem shocking to many, this does suggest the real reason the ABC keeps platforming people like Steven Bannon and the former head of the Proud Boys is that Ita is trying to prepare viewers for the ‘storm’ she and her followers keeps referring to.

As this story was being published, the ABC has not refuted the discovery that Ita is Q. However, luckily for the public, the ABC has pulled their defence meaning this is definitely true.

In response Sky News hosts Kenny, Bolt, Credlin, Jones and many more have reportedly taken stress leave while they unpack that the information source they constantly try to discredit and the conspiracy theory they constantly push are both lead by the same person.