loading...
National
Daniel Andrews to win over News Corp by taking 3 week holiday in Hawaii
1st of your 1,000,000 free articles this month 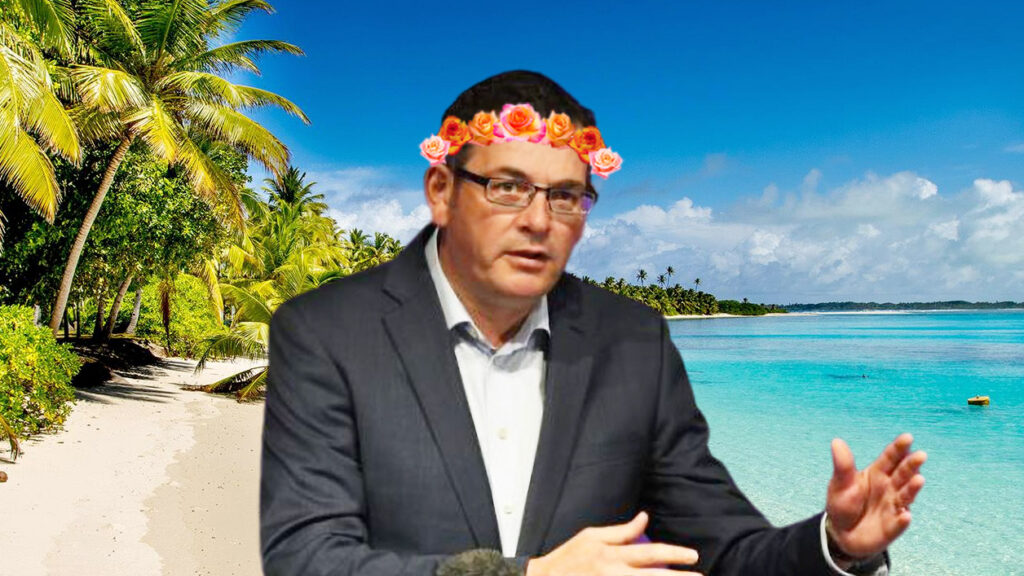 Victorian Premier Daniel Andrews has gained praise and adulation from News Corporation today, after announcing he will be taking a three week holiday to Hawaii in the midst of a national crisis. “That’s more like it!” exclaimed Herald Sun editor Jane Coal today. “That’s exactly the kind of leadership we want to see more of in this country. No more of this working for three months straight without a day off nonsense, or taking responsibility for your mistakes. All we ever wanted from the man was that he occasionally turn up to a Sharkies game, and to maybe release the occasional partisan ad campaign in the middle of a deadly bushfire. You know, be a leader.”

Asked why they had suddenly taken such an about face, News Corp said it was something about the way Andrews had been composing himself over the last few days that has really changed their view on him. “I can’t quite put my finger on it,” explained one editor. “Maybe it’s the turnaround in cases, maybe it’s the suit he decided to wear, or maybe it’s the way that floods of people have cancelled their subscriptions to my paper in the last few weeks. I guess we’ll never know.”

However, not everybody is on board with Andrews’s holiday, with journalist larper Andrew Bolt stating he only wanted Andrews to go on holidays when he wasn’t doing it. “God, first he’s not on holidays, now he’s on holidays, what’s next? Back off holidays again? Make up your mind Andrews,” raged Bolt. “When I said I wanted you to go on holidays you should have known I meant the exact opposite. What a monster.”