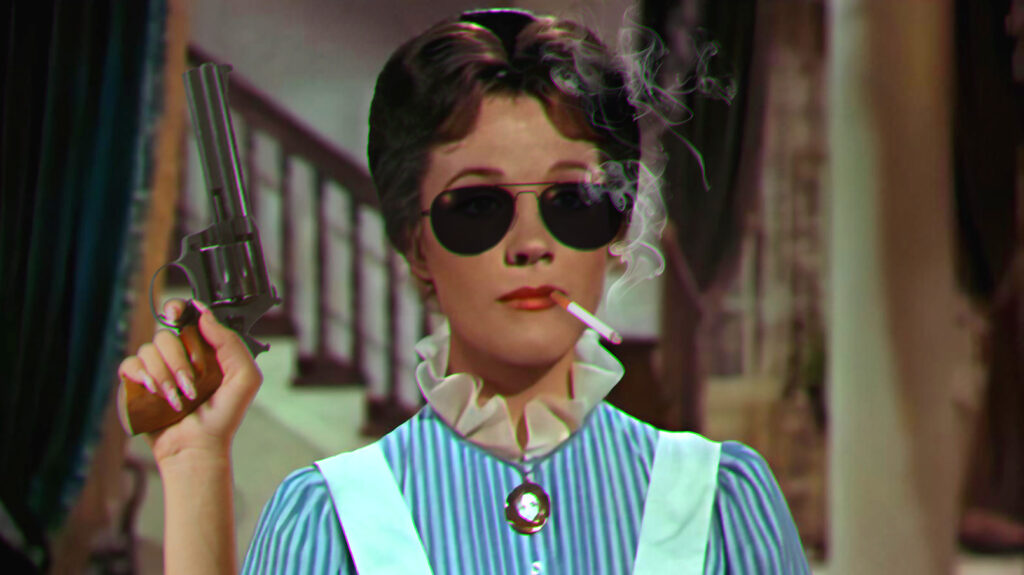 The Disney film corporation has today confirmed rumours that the original Mary Poppins movie had PG, M, and R rated cuts of the movie before the studio finally settled on releasing a family version of the film. The news comes in the wake of suggestions by the director that it is time the studio allow him to complete a directors cut to better align with his vision of the film, where Mary is a fugitive from the law hiding out under cover as a nanny, hell bent on getting revenge on the man who killed her parents.

“You can still catch glimpses of the original movie, if you watch closely,” explained director Robert Stevenson. “Like how Mary inexplicably is friends with a bunch of shady underworld types, or how she and the homeless man go on a fantastical hallucinatory trip after sniffing some magic white dust. We even kept in the peyote scene, though we had to overdub it with the word ‘tea’ – not that it made any sense that tea would make you feel like you’re floating.”

The directors cut, which will re-add the extra 30 minutes of hard drinking and swearing by Julie Andrews, will also restore the 10 minute high-speed car chase and will re-introduce the guns that were digitally removed in the final edit. “Finally we’ll get to see Mary take down 3 Russian mercenaries in a bloody gunfight,” said film reviewer David Stratton who has seen an early cut of the film. “I just hope they leave in the steamy sex scene this time. The film makes a lot more sense when you know that Bert and Mr Banks are lovers.”