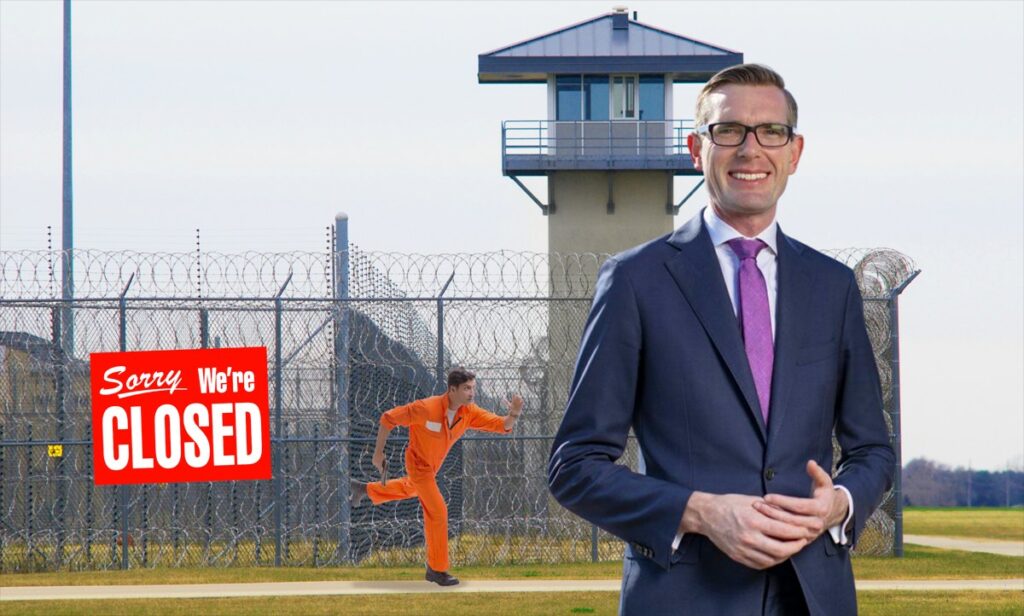 NSW Premier Dominic Perrottet has today announced plans to scale back the state’s prison network, over fears that the government’s system for removing criminals from society was impinging on people’s freedoms.

“We have to think of the effect jails have on the economy,” said Perrottet today. “All these prisoners could be out at restaurants or shops putting vital money back into circulation. In fact I’m informed the burglars in particular have millions ready to burn.”

Asked whether releasing a bunch of axe-murderers and sex offenders on to the streets was a wise idea, Perrottet explained that it was not the government’s job to police people into following rules. “At some point we have to start treating everyone like adults, we can’t coddle people into not killing,” explained the Premier. “So I am calling on all the people of New South Wales to do the right thing and not murder anyone in cold blood. Or if you do, at least make sure they’re elderly, after all their lives are worth a lot less.”