National
Factcheck: PM’s claim he’s ‘seen no corruption’ is true, as he burned out his retinas pretending to be a welder
1st of your 1,000,000 free articles this month 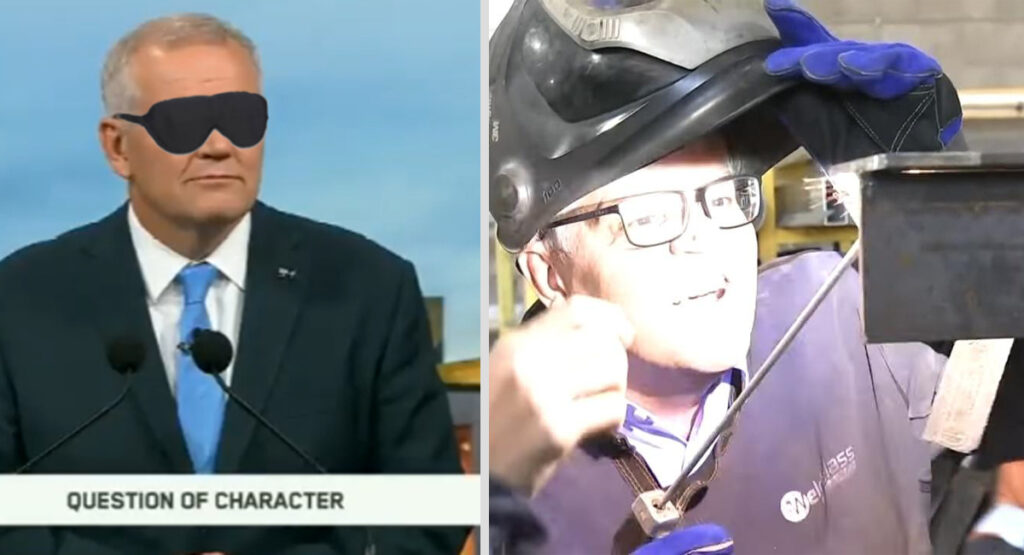 Prime Minister Scott Morrison has today firmly denied that he had seen any corruption in his time as PM, pointing out that he’d have to actually turn up to work to see that sort of thing.

“I don’t remember seeing a single newspaper article about corruption during my time as PM,” Morrison explained. “From The Honolulu Times to The Oahu Post, not a single newspaper I’ve been reading has mentioned anything about bad behaviour from my government.”

Asked what he thought of the matter Opposition Leader Anthony Albanese said something completely unintelligible because Scott Morrison was shouting over him.

Tallyists have since stated that the debate saw the biggest landslide result in the history of televised debate, with 100% of viewers declaring the loser to be Australia.