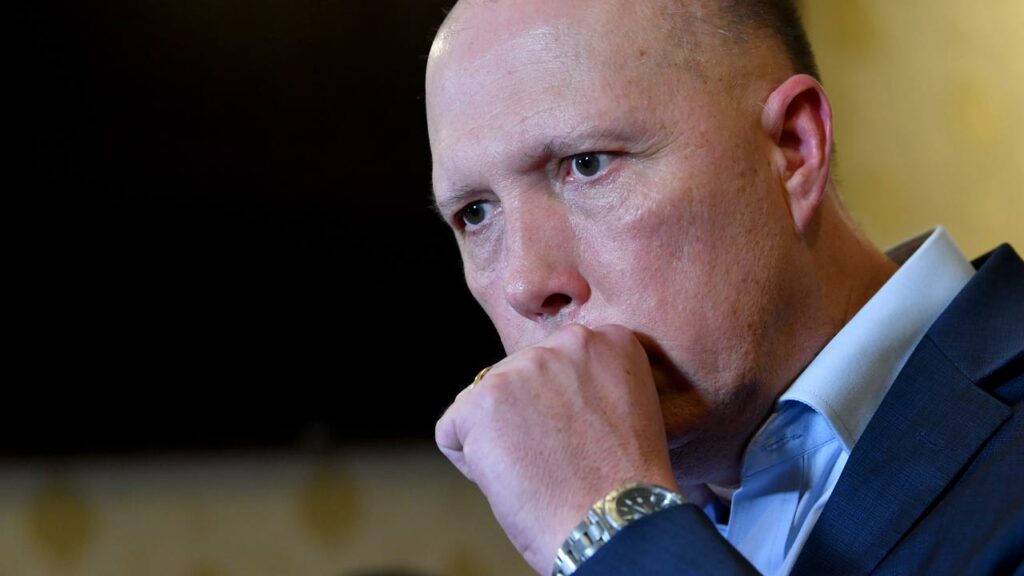 Home Affairs minister and real life Grinch, Peter Dutton has today called for the complete cancellation of all Christmas celebrations around the country, after learning they are celebrating the ‘dangerous threat’ of refugee parents seeking shelter in order to start a family safe from persecution. Mr Dutton has spoken out against the historic middle-eastern family, stating that they should have stayed in Bethlehem and just accepted the fact that King Herrod was on a murderous rampage as a spot of bad luck.

“If we accept the celebration of these kind of people, we are signalling to the world that we are accepting refugees in this country and that is not something we can risk,” said Dutton after sending Border Force to arrest Santa. “We need to make it crystal clear to those sort of disgusting criminals that fleeing in order to live a safe life is not something we accept here.”

“What good are immigrants like them anyway? Do you know what the first thing they did in Bethlehem was? They had an anchor baby. And look how that ended up. The kid grew up to be criminal who tried to cause a socialist uprising, and who eventually was executed by the state for his crimes. That sort of behaviour is not acceptable in Australia and it would be un-Australian to celebrate that here.”

“People try to label these sort of decisions as ‘fuelled by racism’, but that isn’t the only reason. Not only were they middle-eastern, they were Jewish. The Jewish faith is an Abrahamic religion, you know who else believes in the Abrahamic God? Muslims. So my fear of them is not just because they aren’t white, it is also because of who they believe in. So believe me, we must stamp out this whole Christmas thing once and for all!”