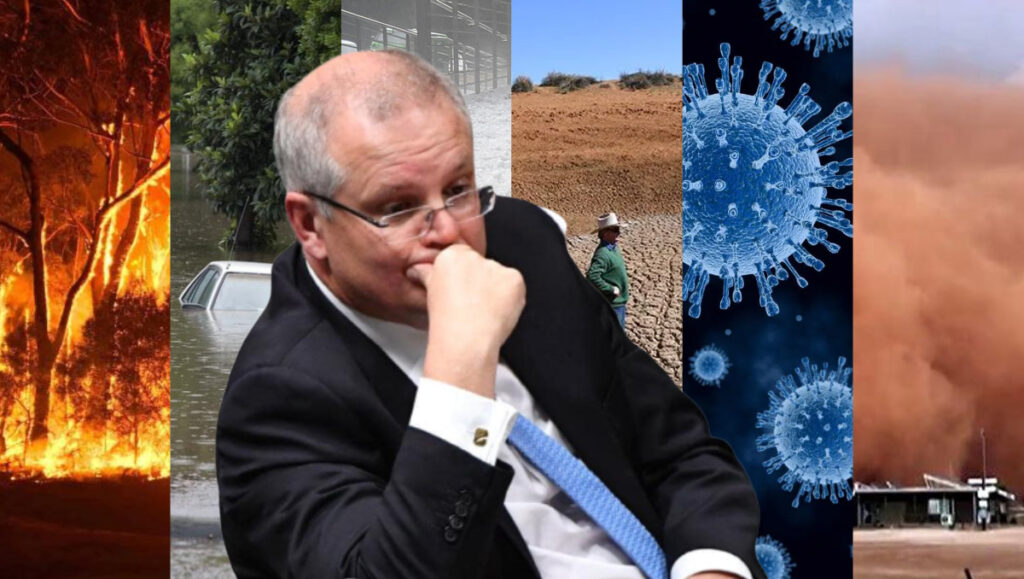 The Federal Government of Australia has today chalked up the 6 seperate natural disasters unfolding on the country’s east coast to “some really crazy bad luck” which “must be a one in a hundred chance of all happening at once.”

“Gosh, who would have thought we’d get floods, fires and hail all in the same week?” asked a surprised cabinet member looking out at a sea of destruction from his office in Parliament house before the view was obscured by a dust storm. “Golly that sure is a mighty coincidence.”

Members of the public were also shocked at the bizzare 3 month string of bad luck, stating they wish there was some kind of obvious, long ago predicted, explanation for all the bad weather they’d been having. “Golly it does feel like it’s all connected somehow,” explained one member of the public sheltering in a doorway. “It’s times like these that makes you wonder if maybe those people were right when they said that the government is using lasers from satellites to burn a path for high-speed rail through our national parks. It’s the only logical explanation.”