loading...
National
Govt announces ‘Limbtaker’ so young people can pay an arm and a leg towards house
1st of your 1,000,000 free articles this month 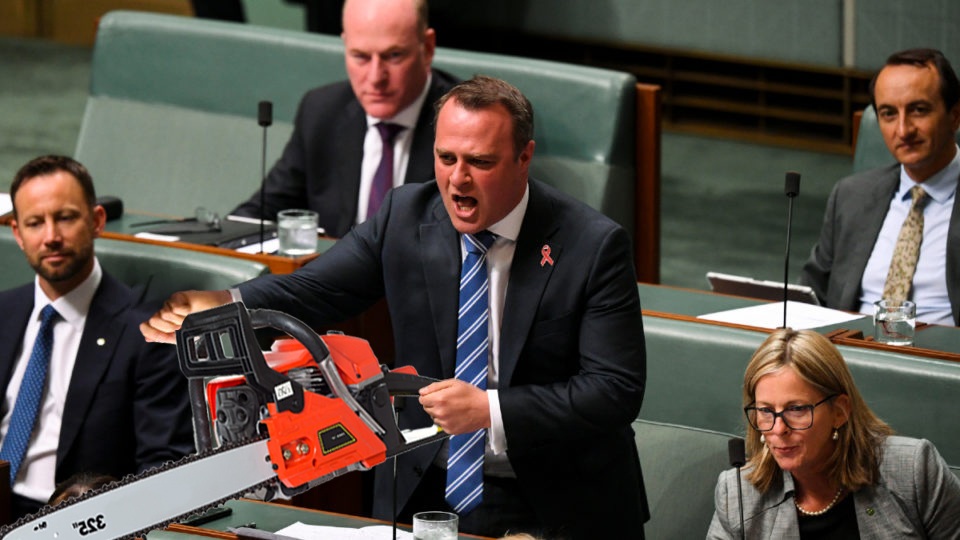 The Australian government has announced a new scheme to help young people afford a down payment on a house, declaring ‘Limbtaker’ will revolutionise home ownership.

The scheme, suggested by Peter Dutton, will allow young people dip into a revenue source they currently don’t have access too, their own limbs, by literally buying one arm and one leg from the young person which will provide some money towards the down payment on the home loan they still won’t be able to afford.

“It’s a great leg up into the market” explained MP Tim Wilson. “Or at least it would be if they hadn’t sold that leg.”

“As someone who owns 5 houses myself, I understand the struggles young people are facing,” he continued. “Why when I told the bank I was looking at a sixth house, the bank went out of the way to make it hard for me, with them saying ‘don’t you have enough’ and ‘maybe leave some for others’ so I can really relate to young people’s struggles.”

The plan to convince young people to sever off their own limbs in order to help rich people earn a bigger return on investment from the property market, has been hailed as a great success by boomers everywhere, who are set to greatly profit from the move.

“This scheme is about putting your best foot forward to set up your future,” said one real estate agent in between doing nothing to fix any rental properties he manages. “I do mean ‘best foot quite literally’, we want your best foot.”

Should the scheme prove successful, the government is already exploring further ways they can use citizens body parts to pay for things. “So far we’re looking at the possibility that we could take people’s kidneys while they sleep to pay off their robodebt,” explained treasurer Josh Frydenberg. “And we’ve also discussed allowing poor people to sell off some of their lesser bones to pay for dental work that isn’t supported by Medicare.”

To this commemorate the announcement, the government has also teamed with former SAS soldier and Channel 7 executive [redacted] on a commemorative pint glass in the shape of the leg you lost.