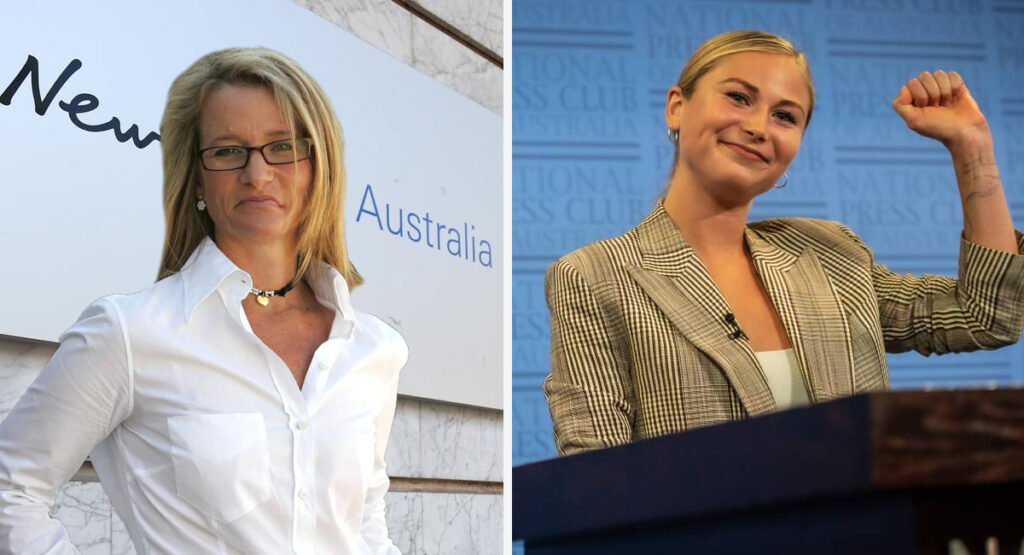 Professional shit-take writer Janet Albrechtsen has used her column in The Australian to attack Grace Tame for doing exactly what she received the Australian of the Year honour for doing.

Albrechtsen, who’s columns have recently vilified trans people, defended Berejiklian against ICAC, and been used to launch a hit-piece against Christian Porter’s alleged victim, has accused Tame of being ‘partisan’ and ‘divisive’ for not pushing the same partisan and divisive messaging as News Corp.

“Her dirty politics is making her hard to trust, she should do the honourable non-partisan thing and just praise the government blindly.”

“Why is she so obsessed with being a voice for victims all the time? Where’s the voice for abusers and alleged abusers? She clearly has anti-abuser bias!

“If Grace Tame gets away with it, who’s going to stick up for the pedophiles? I mean, obviously besides News Corp columnists.”

“It is disgraceful, suddenly we shouldn’t be letting abusers and those who protect them draft laws? What next, stop them from being political editors and millionaire TV hosts? That is stuff that is ingrained in Australia!”