loading...
National
Greg Hunt wishing there was some way to stop unvaccinated people getting Covid
1st of your 1,000,000 free articles this month 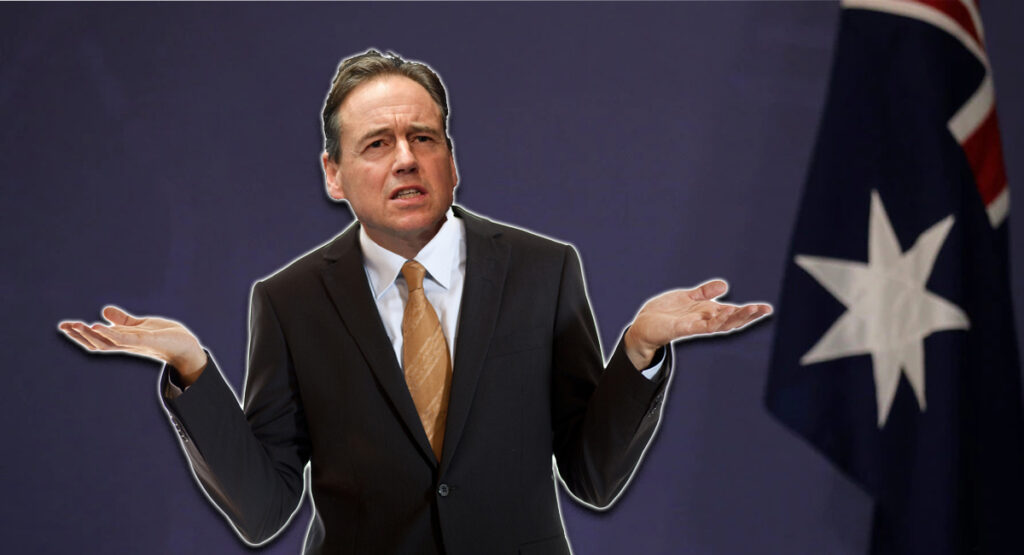 Health Minister Greg Hunt has today begged the scientific community to find some sort of way to help reduce the danger of Covid-19, in a rare sight of empathy from a Liberal Party minister that normally would cost taxpayers half a million dollars in training to see.

“If only there was some injection or something, that you could give people to boost their own immunity to be able to fight off the deadly virus. Scientists should look into making something like that.”

The Minister who is doing all he can to socially distance himself from his party’s new slogan ‘It’s not a race’, announced today that with only 500,000 out of 26m Aussies fully vaccinated against Covid-19, experts should really get around to coming up with a way to rollout protective measures for the people in high-priority groups, such as in Aged Care.

Mr Hunt in the meantime has announced the government is already rolling out what they assume are solutions in the meantime including tax cuts for the rich, blaming Dan Andrews, a shit tonne of photo ops of politicians playing dress-ups pretending to be a regular person, abusing Australia’s dogshit defamation laws and desk jizzing.