loading...
National
Historical Catholic Church knocked down to make room for a highway
1st of your 1,000,000 free articles this month 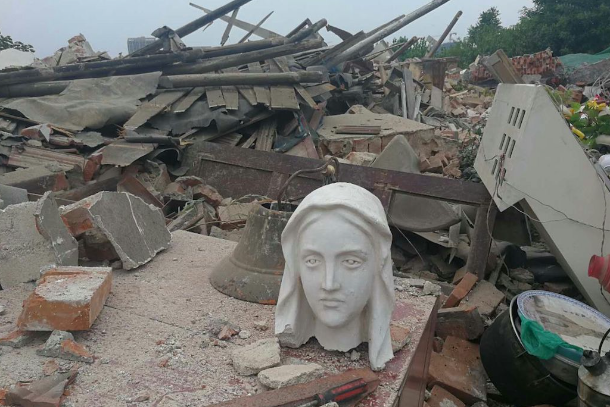 The Victorian government has caused international outrage by quietly knocking down several historic Catholic Churches in order to make way for a new highway. A government spokesperson described the event as ‘a regular part of necessary change and they understand it might be tough for Christians but we all must be willing to make sacrifices for the betterment of everyone.’

“It is regrettable. But a fair deal was made with leaders from the Church, so I don’t get why they would even get mad now.” claimed the spokesperson.

“We gave them the option to receive some money and choose a couple Churches to stay, or we would choose to knock them all down. So, I think you will find it is very much on them and not us.”

“What people need to understand is your beliefs are important, but highways are more important.”

“We respect their culture a lot, and happily showcase it whenever we need to a tourism campaign.”

“It had to happen though. It’s not like Australia is a wide brown land and with easily enough space to have just avoided the churches. It’s an Australian tradition to not give a shit about what was there before us. Sorry Christians, that’s how this works, you should know that by now.”