National
‘I thought milk was free, Jenny just grabs it when she pops-out for RATs’ says PM
1st of your 1,000,000 free articles this month 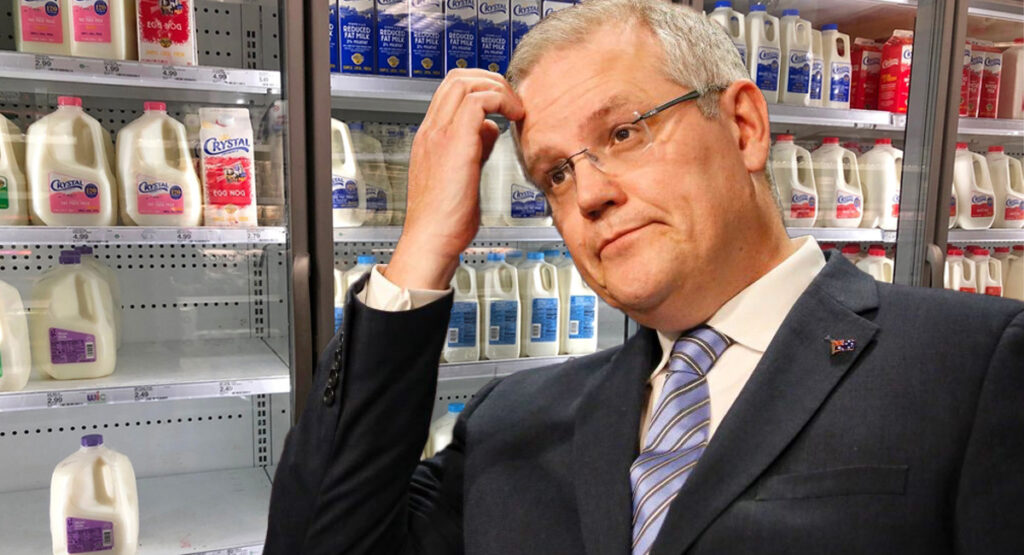 Prime Minister and ‘relatable daggy dad’ Scott Morrison has come under fire after a failed attempt to avoid a question when asked if he knows the price of milk. The former marketing executive was left stunned after being blindsided by the question that gets asked to every political candidate every election around the world.

When asked the question the PM did admit that he does not know the price of milk or bread, but did say that he is ‘pretty sure’ it costs less than tank deals,  submarine deals, backing out of submarine deals and non-existent drought relief water.

“That was a silly question anyway,” the PM told reporters following his press club appearance. “I mean there are a lot of factors at play here. Like if I am at the shops buying milk, does the cost of the photographer and stylist get counted or do I keep that seperate?”

Reports suggest that Morrison plans to tackle the problem head on and has already hired a $200k ‘Milk Consultant’ using taxpayer funding.